In Letters to an Atheist, esteemed philosopher and author Peter Kreeft corresponds with a young atheist who is wrestling with the question of God. Together they work through some of the primary reasons people don't believe in God, including violence committed in the name of religion, the problem of evil, and more. They also discuss many of the reasons for belief, including love, miracles, and the relationship between religion and science.

The debate between atheists and theists today is often strident and angry, and understandably so -- the debate encompasses fundamental questions about how we live our lives. As Kreeft writes, "if God does not exist, then religion is the biggest hoax, the biggest myth, the biggest lie in the history of the world." However, Letters to an Atheist showcases a respectful exploration of some of life's biggest questions, trying to understand the opposing point of view. With characteristic warmth and clarity, Kreeft's letters offer believers and non-believers alike much to consider. 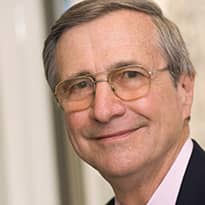 Peter Kreeft is professor of philosophy at Boston College. He has been featured on the PBS series "The Question of God" and is the author of more than seventy books, including Before I Go, Catholic Christianity, Making Sense out of Suffering, and You Can Understand the Bible. He lives in Newton, MA.