What People are Saying about "Fight"

Now Featured at the Patheos Book Club
Fight: A Christian Case for Nonviolence
By Preston Sprinkle

"I served the kingdom of America in three wars: World War II, Korea, and Vietnam. But then I became a Christian and my view of war radically changed. I now believe that Christians should serve the kingdom of Christ. There are many ways in which Christians can honor their country-one could be a conscientious objector and serve in the military in that way. Preston Sprinkle has written a compelling book that examines what the whole Bible says about warfare and violence. Fight will steer your gaze away from a nationalistic worldview and force you to look upon Jesus, the One who conquered the enemy by suffering."
—Robert Armstrong, Master Sergeant in the US Marine Corps (Ret.) and veteran of World War II, Korea (Purple Heart), and Vietnam.

"When I was in college a student had the sense that between the Old Testament and the New Testament God either had a conversion experience or went through an anger management seminar. What Preston Sprinkle does in this book is show how erroneous such thinking is. He lays out a strong Biblical case that the God of Moses and Joshua is the same God incarnated in Jesus. This is a God who calls us to non-violence in our confrontations with evil and the agents of war. For those who take the Bible seriously this book will do much to move us beyond sentimental pacifism to a scriptural basis for non-violent resistances."
—Tony Campolo, Professor Emeritus of Sociology at Eastern University

"Preston Sprinkle's Fight is timely and compelling, in our culture where peace is the great lacking commodity. Sprinkle explains how Jesus Christ was deeply passionate about peace and ending violence. His solution was never weapons or war. His answer was always peace. Because His kingdom is a kingdom of peace. Sometimes Christians pursue inner personal peace and live ambivalent to a world that has no peace. Sprinkle is spot-on when he explains that the peace of God is not something we only experience on the inside, nor is His peace only for a kingdom after we die. The peace of God is for this world today. Sprinkle's powerful challenge is for Christ-followers everywhere, to become promoters of peace, teach peace, model peace, and lead the way to peace on earth—as it is in heaven."
—Palmer Chinchen, PhD, cultural artist, speaker, and author of True Religion: Taking Pieces of Heaven to Places of Hell on Earth and God Can't Sleep: Waiting for Daylight on Life's Dark Nights

"Considering the hostile and violent state of our world, Christians cannot afford to be ignorant on this issue. We need to know ahead of time how Christ wants us to respond so that we don't make tragic mistakes when unexpected events come our way. While so many argue from clever human logic, Preston has taken the time to make a solid biblical argument. I highly recommend that every believer examine the truths in this book. You may discover that much of your current belief system has been influenced by sources other than Scripture."
—Francis Chan, New York Times bestselling author of Crazy Love, Forgotten God, and Erasing Hell

"We need Preston Sprinkle's book because there are too many Christians who haven't given a moment's thought to their own violent use of our glorious Scripture's message of peace by approving and applauding the use of violence to accomplish peace. The contradictions at work are baffling. Bravo to Preston Sprinkle!"
—Scot McKnight, professor of New Testament at Northern Seminary

"Fight will challenge you as it did me. Sprinkle goes after the most difficult biblical issues involving Christian nonviolence. The book speaks passionately to the 'problem,' especially within the conservative side of evangelicalism, of nonviolence. More specifically, it seems that the more conservative one's Christian position, the more hawkish they tend to be. This should not be so. Those who want to be peacemakers will be empowered by the freshness and vigor Sprinkle brings to the subject. As a war veteran and now as a Christian, I recommend reading this new effort to reconcile the problem of violence with the peaceable kingdom to which Jesus seems to repeatedly allude."
—Steve Watkins, adjunct professor of Religious Studies and Humanities at Northern Kentucky University and Lieutenant Commander in the Chaplain Corps of the US Navy (SEAL)

"Evangelical Christians often think they know what the 'biblical position' is on matters of war and supporting 'our troops.' Preston Sprinkle reads the Bible through the same evangelical lenses but comes to radically different conclusions: that the Bible opposes militarism and promotes non-violence from Genesis to Revelation. Those who read this book with an open mind will be forced to do what the author himself did: rethink what it means to be Christian, especially in the most militarily powerful nation on earth."
—Michael J. Gorman, Raymond E. Brown Professor of Biblical Studies and Theology at St. Mary's Seminary and University in Baltimore, MD 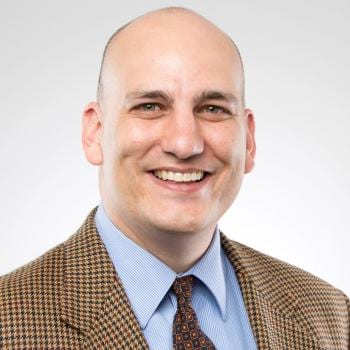 A Church Father Senator Hawley and His Mentors Should Read
Roger E. Olson
Get Patheos Newsletters
Get the latest from Patheos by signing up for our newsletters. Try our 3 most popular, or select from our huge collection of unique and thought-provoking newsletters.
From time to time you will also receive Special Offers from our partners that help us make this content free for you. You can opt out of these offers at any time.
see our full list of newsletters
Editor's picks See all columnists