Praise for The Core of Johnny Appleseed

"As a professional living history scholar/actor, I have performed as Johnny Appleseed some 1,300 times. My research has taken me into many libraries, museums, professors' offices, and along the road sometimes called the Johnny Appleseed Trail. Ray Silverman has taken a more difficult trek, one that leads to John Chapman's soul. After reading this book, I find myself in agreement with Ray. You cannot know the Johnny Appleseed story without understanding the faith of this important American hero."
—Hank Fincken, American history scholar/actor

"The only way to make sense of John Chapman's life is through Emanuel Swedenborg. In The Core of Johnny Appleseed, Ray Silverman shows us why that is so."
—Howard Means, author of Johnny Appleseed: The Man, the Myth, the American Story

"What's the connection between apples in the United States and Swedenborg? "Johnny Appleseed," says Ray Silverman in this little gem of a well-written and well-researched book. So when you eat your next apple pie or drink your next apple cider, reflect on the principle of correspondence, as Appleseed, a Swedenborgian, must have understood it. From the seed falling onto the ground to the fruit of the tree that springs up—all of it is "a living sermon from God about how truth can be received and bear fruit in human beings" (p. 55)."

"Ray hits a homerun on his new book, helping us understand the spiritual side of Johnny Appleseed. It was Johnny's faith, above all, that guided him in his business dealings as well as his relationships with settlers and Native Americans. Johnny's faith inspired him to be a man of integrity—hardworking and charitable. These are just a few of the principles he lived by, principles we should emulate today."
—Joe Besecker, director of the Johnny Appleseed Education Center and Museum

I Have Heard You Calling
Anne Kennedy
2

Another World Is Possible: What Does Prison Abolition Really Mean?
Carl Gregg
3 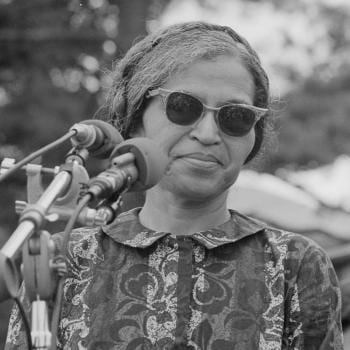 The Unstoppable Power of Moral Conviction
Inas Younis
Get Patheos Newsletters
Get the latest from Patheos by signing up for our newsletters. Try our 3 most popular, or select from our huge collection of unique and thought-provoking newsletters.
From time to time you will also receive Special Offers from our partners that help us make this content free for you. You can opt out of these offers at any time.
see our full list of newsletters
Editor's picks See all columnists