About the Book
The Mike Huckabee Story: An Intimate Look

For the first time, the former governor of Arkansas opens up the vault to friend and biographer W. Scott Lamb (Pujols: More Than the Game, 2011) to tell his life story. In this thoroughly unique biography of one of the most likeable, influential leaders in America, Lamb covers the entire scope of Mike Huckabee's life and career. With full, unfettered access to Governor Huckabee's personal library, files, and family records, fans will finally get the definitive account of one humble man's rise to political prominence.

Readers are introduced to young Michael Dale Huckabee, son of a local fireman in Hope, Arkansas. Huckabee would soon share the same grade school teacher as Bill Clinton, who is nine years his senior. Huckabee's collegiate aspirations took him to Ouachita Baptist University, where he graduated in two and a half years and met his future wife, Janet. Huckabee also honed his musical talents, becoming a bass player and forming the band Capitol Offense. Later he would also serve at the side of television personality James Robison during the early years of his television ministry. He hit his ministerial stride in the early 1980s, when he took the helm of Immanuel Baptist Church in Pine Bluff, Arkansas, from 1980 to 1986.

Most people, however, know Mike Huckabee as a politician. In 1994, he became lieutenant governor and faced the now infamous Whitewater scandal that sent then-governor Jim Guy Tucker into court to face felony charges of corruption and fraud. In the interim Huckabee decided to run for governor, but not before Tucker would change his mind at the eleventh hour and cause a statewide constitutional crisis that challenged Huckabee to the core. Huckabee's courageous handling of the debacle endeared him to the hearts of many citizens, causing him to serve as the forty-fourth governor of Arkansas from 1996 until 2007.

Huckabee also takes a good look at other difficult decisions he faced. In 2000 he granted clemency to prisoner Maurice Clemmons, who, while on parole, moved to Washington State and murdered four policemen in 2009. Huckabee was forced to field question after question about this case during his 2008 presidential bid—a race in which he finished second to John McCain.

Today, Mike Huckabee is known for his television program on the Fox News channel and as a potential contender for the Republican presidential nomination in 2016. His many fans will now have the opportunity to get to know the man behind the famous, reassuring smile.

About the Author
Scott Lamb serves as the President of Reformation Press and the Executive Director of the Presbyterian Lay Committee in Nashville, Tennessee. He is a Baptist pastor who has shepherded churches in Alabama, Missouri, and Kentucky. He and his wife, Pearl, have six children. He is the author of Pujols: More than the Game (Thomas Nelson, 2011).

Do This Now So You Don't Miss Out
Frank Viola
3 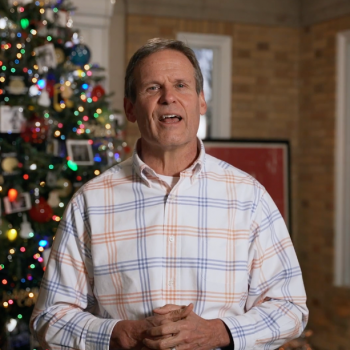 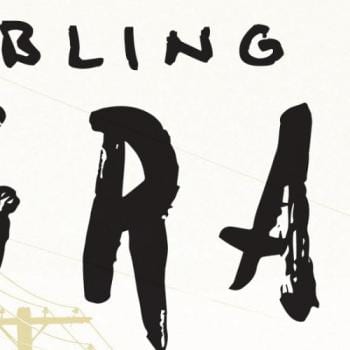 Announcing My New Book!
Mary Pezzulo
Get Patheos Newsletters
Get the latest from Patheos by signing up for our newsletters. Try our 3 most popular, or select from our huge collection of unique and thought-provoking newsletters.
From time to time you will also receive Special Offers from our partners that help us make this content free for you. You can opt out of these offers at any time.
see our full list of newsletters
Editor's picks See all columnists