Weary of Us Against Them

In my role as a public Christian who leads a church and who values spirited discourse about the issues of our time, I want to nurture environments where people can openly wrestle with their beliefs—but without the fear of being caricatured, labeled, or demonized. In other words, I am for disagreeing in an agreeable way. I guess you could say that I am an advocate for tolerance.

For the Christian witness to be taken seriously in an increasingly pluralistic and secular environment such as the West, Christians must learn the art of being able to 1) have integrity in our convictions; 2) genuinely love, listen to, and serve those who do not share our convictions; and 3) consistently do both at the same time. Otherwise, rather than being a light to the culture, we run the risk of becoming products of the culture.

"The Year of Outrage"

Recently, there have been several articles written about outrage. Most notably, Slate featured a multi-essay piece identifying 2014 as "The Year of Outrage: from righteous fury to faux indignation, everything we got mad about in 2014." Similarly, Emma Green wrote a piece in the Atlantic called "Taming Christian Outrage," in which she identifies ways that certain Christians have contributed to the outrage culture. Both pieces confirm a recent statement from Bill Clinton, who said that the one remaining bigotry in modern society is that we don't want to be around anyone who disagrees with us.

Can Christian participation in outrage culture be a good thing if Jesus went out of his way to move toward his enemies in love?

Can Deep Disagreement and Love Coexist?

I appreciate what a former Harvard chaplain says about bridging relational divides between people who disagree, even on the most fundamental level. He writes:

"The divide between Christians and atheists is deep. . . . I'm dedicated to bridging that divide—to working with . . . atheists, Christians, and people of all different beliefs and backgrounds on building a more cooperative world. We have a lot of work to do. . . . My hope is [to] help foster better dialogue between Christians and atheists and that, together, we can work to see a world in which people are able to have honest, challenging, and loving conversation across lines of difference."

The Harvard chaplain's name is Chris Stedman. He is an atheist.

Yet, his perspective and tone are deeply Christian and biblical.

The Israelite spies came alongside Rahab, a working prostitute, to get the work of God's Kingdom done. Joseph served alongside Pharaoh, Nehemiah alongside Artaxerxes, and Daniel alongside Nebuchadnezzar. Jesus, a Jewish male, requested a drink from a Samaritan woman. Paul, a Messianic Jew, affirmed secular poets and philosophers as he quoted their works from memory to Athenian intellectuals. All these were faithful, non-compromising people of faith in deeply secular pluralistic environments who 1) had integrity in their convictions; 2) genuinely loved, listened to, and served those who did not share their convictions; and 3) consistently did both at the same time.

Contested issues should be approached and discussed in a way that builds relational bridges instead of burning them. Inviting others to belong and journey with us even before they believe with us or agree with us is a Christian thing. So is breaking bread with people and welcoming them into our circle, whether or not they ever end up agreeing with us. Do we understand this?

In this, Jesus shows us the way.

When the rich ruler dismissed Jesus' invitation to come follow him, Jesus looked at the man as he walked away and loved him. And as the man walked away from Jesus, the man was sad. Not angry or hostile or feeling judged ... but sad.

Gut check. How many religious skeptics do you know who "saw the light" because a Christian lectured them? How many do you know who fell in love with Jesus because someone gave them a firm ethical scolding? I have been a Christian minister for eighteen years, and I have yet to meet one.

But I have met hundreds who—having been invited to belong before they believe, having been assured that acceptance was not conditional, having tasted grace and truth not just propositionally but relationally, having sensed that even if they walked away from the faith, they would walk away loved—eventually made their way into Jesus' fold. It is God's kindness that leads people to repentance. 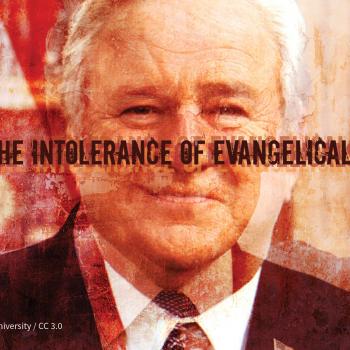 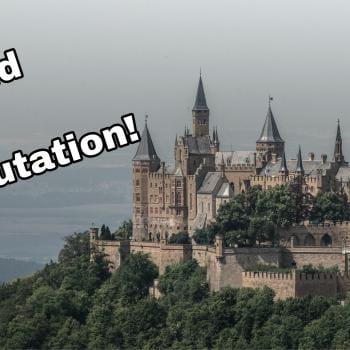 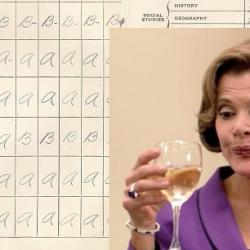 Grading the Real Evidence Christians Offer (With Jessica Walter's Help)
Cassidy McGillicuddy
Get Patheos Newsletters
Get the latest from Patheos by signing up for our newsletters. Try our 3 most popular, or select from our huge collection of unique and thought-provoking newsletters.
From time to time you will also receive Special Offers from our partners that help us make this content free for you. You can opt out of these offers at any time.
see our full list of newsletters
Editor's picks See all columnists