About the Book
When the greatest Western king, Alexander the Great, died, he told his officials to place his hands outside the coffin to show that even a man dies empty-handed. In the East, the great Emperor Shi Huangdi of the Qin Dynasty searched for immortality but still died quietly. The father of banking, Cosimo Medici, made enormous donations in hopes of receiving salvation after death. Was his wish granted? What were these great men looking for?

Scientists are still attempting to unlock the mysteries of the universe and to uncover the origins of mankind. But as they discover more answers, more questions arise. In Coming Home, a Spiritual and Religious Dialogue, Star Chang engages readers in a spiritual dialogue on how to find their own ultimate truth, leading to the opportunity of growth on both an individual and societal level. Chang examines various religious teachings, spiritual practices, and historical narratives that can help us uncover ourselves and our nature, allowing us to live in a way that helps us to unlock our own success, peace and joy.

The great teachers of Jesus, Plato, Muhammad, Buddha, Laozi, and Krishna taught us ultimate wisdom, but may argue that after 2,500 years we have deviated from their teachings. Coming Home walks you through many the great religious teachings and helps you intuitively navigate your own path by discovering what teachings apply to you and how they can be applied in our modern society.

About the Author
When Star Chang experienced the sufferings of life and the disparity between the rich and the poor, she started to search for a solution of peace and wisdom for herself. Later on, she found these solutions can be applied to most people. In addition to donating to charities, Chang studied religious scriptures, history, and spiritual books for years, trying many different practices. Star wishes to share the knowledge she gained during that time with those seeking truth and serenity.

In addition to being a frequent world traveler, Chang is a security analyst in the financial market and runs her own business. She has an MBA from University of California, Berkeley.

Pressing Into the Kingdom
Frank Viola
3 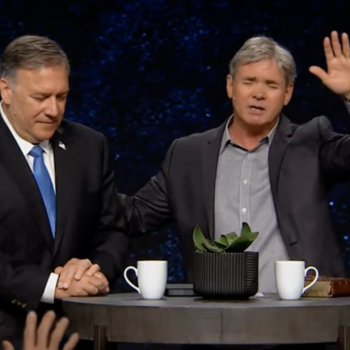 N.T Wright's Galatians--- Part Seventeen
Ben Witherington
Get Patheos Newsletters
Get the latest from Patheos by signing up for our newsletters. Try our 3 most popular, or select from our huge collection of unique and thought-provoking newsletters.
From time to time you will also receive Special Offers from our partners that help us make this content free for you. You can opt out of these offers at any time.
see our full list of newsletters
Editor's picks See all columnists