Sacred Liberty: America’s Long, Bloody, and Ongoing Struggle for Religious Freedom offers a dramatic, sweeping survey of how America built a unique model of religious freedom and why this may be America’s “greatest invention.” Steven Waldman, the bestselling author of Founding Faith, presents both a bracing history of the persecution of evangelical Christians, Catholics, Mormons, Quakers, Muslims, Native Americans, and slaves—as well as an exploration of how we moved beyond divisive approaches to build a dynamic and pluralistic system that is the envy of the world. Waldman puts forward provocative new theories about James Madison’s seminal role, including his hope for a counter-intuitive system of checks and balances for religion. Other American leaders drove religious freedom forward, too, most especially George Washington, the World War II presidents (Roosevelt, Truman, and Eisenhower) and even George W. Bush.

But the biggest heroes are regular Americans who risked their lives by demanding to practice their faiths freely: the evangelical ministers who went to jail rather than censor themselves…. Mary Dyer, who challenged “the bloody law” that made it illegal to be a Quaker in Massachusetts in 1659, and paid with her life… Robert Fischer, a Jehovah’s Witness, who refused to kiss the American flag—and had his head smashed against a flag-draped car hood each time he demurred...and many other unsung heroes and martyrs.

Just as the documentary Eyes on the Prize captured the civil rights movement, Sacred Liberty brings to life the gripping story of how Americans developed a unique, inspiring approach to religious liberty. In so doing, it also provides a roadmap for how, in the midst of modern controversies over religious freedom, this great achievement can be preserved.

Steven Waldman is the national bestselling author of Founding Faith and the co-founder of Beliefnet, the award-winning multifaith website, after a career as a magazine journalist. He is now co-founder and President of Report for America, a national service program that places talented journalists into local newsrooms. His writings have also appeared in The Wall Street Journal, New York Times, Washington Post, Newsweek, National Review, Christianity Today, The Atlantic, First Things, The Washington Monthly, Slate, The New Republic and others. He lives in Brooklyn with his wife, Amy Cunningham. 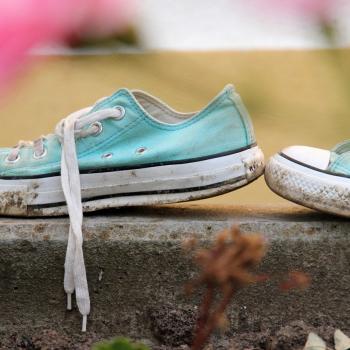 Paganism, Manifesting, Rachel Hollis, and Me Rushing Around
Anne Kennedy
3 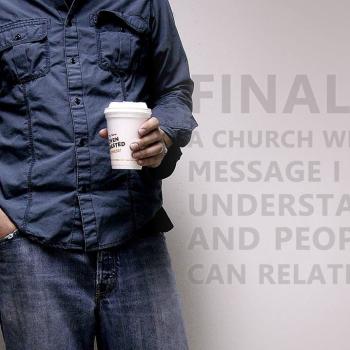 Church, Your Welcome Ministry Kinda Sucks.
Chris Rollman
About
Get Patheos Newsletters
Get the latest from Patheos by signing up for our newsletters. Try our 3 most popular, or select from our huge collection of unique and thought-provoking newsletters.
From time to time you will also receive Special Offers from our partners that help us make this content free for you. You can opt out of these offers at any time.
see our full list of newsletters