About the Author: Yves Congar, OP

Yves Congar was born in France in 1904. He joined the Dominican Order in 1925, was ordained a priest in 1930, and soon began teaching ecclesiology at a Dominican house of theological studies. In 1937, he published his first major work of theology, on Christian ecumenism. In the book, he argued that Catholic efforts toward Church unity could not be limited to convincing non-Catholics of their errors but also has to include recognition of the values that other Christian churches might bring to the Catholic Church. It brought the first suspicions of his work by authorities in Rome.

He was mobilized by the French army in 1939 and spent 1940 through 1945 as a prisoner of war. Following the war, France and Germany became centers of fresh new theological research in areas long neglected by Catholic theologians. Those practicing it called their efforts Ressourcement, a return to the sources of the Christian tradition (especially Scripture and the Fathers of the Church). Others, however, recognized in it a resurgence of the "Modernist" heresy, and Pope Pius XII stoked these suspicions with his 1950 encyclical Humani Generis, which insisted that a theologian's role is limited to faithfully explaining what was taught by the magisterium.

Congar became a central contributor to the Ressourcement movement. Others included Henri de Lubac, Karl Rahner, Edward Schillebeeckx, Marie-Dominique Chenu, Jean Daniélou, and Joseph Ratzinger (now Pope Benedict XVI). In 1950, Congar published True and False Reform in the Church (published for the first time in English by Liturgical Press in 2010), and then a book on theology of the laity in 1953. But Vatican suspicions intensified, and in 1954, he was banned from teaching theology. Several other theologians who would later become dominant voices at Vatican II met with similar actions, including de Lubac and Rahner.

This trend shifted with the election of Pope John XXIII in 1958 and his announcement of the Second Vatican Council less than three months later. Suddenly, many of the same theologians who had worked under ecclesial suspicion for years found themselves invited to the Council as theological advisors to the bishops who assembled there. Some of these were appointed by their own local bishops to these positions. In the case of Congar, it seems that he was appointed by the Pope himself. Many of these theologians went on to make significant contributions to the deliberations of the Council, and their work is apparent in the theology that its documents present. This is true of no one more than Congar. The influence of his work in the theology of the church, ecumenism, the laity, revelation, and tradition is apparent in the approved Council documents.

Aware that he was participating in a historic ecclesial event, Congar kept copious notes in a series of binders throughout the four-year process. Because he "names names" so readily, he insisted in a handwritten note dated in 1968 that they could not be published in any way until the year 2000. They were published in their original French in 2002. Now, in 2012, they are published for the first time in English as My Journal of the Council.

In the decades following the Council, Congar continued his theological work, despite very poor health. In fact, he worked from Paris's Hôpital des Invalides starting in 1984. Pope John Paul II named him a cardinal in 1994 in recognition of his lifelong dedication and theological contributions to the Church. Yves Congar died on June 22, 1995. 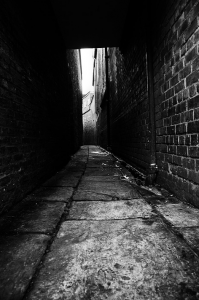 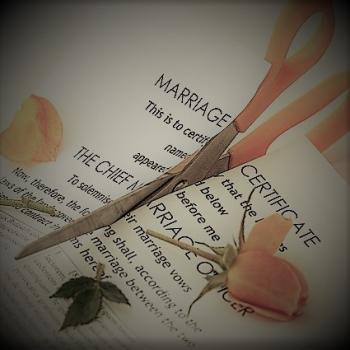 Is it Divorce if God Didn't Join Us Together?
JC LaChette
3

What Good Am I?: Bob Dylan on Today's 2nd Reading
Francis Beckwith
About
Get Patheos Newsletters
Get the latest from Patheos by signing up for our newsletters. Try our 3 most popular, or select from our huge collection of unique and thought-provoking newsletters.
From time to time you will also receive Special Offers from our partners that help us make this content free for you. You can opt out of these offers at any time.
see our full list of newsletters