About My Journal of the Council

Yves Congar, OP, was one of the most important and influential theologians of the twentieth century. Much of this influence came as a result of his role as theological advisor to the bishops who participated at the Second Vatican Council (1962-1965). After working under a cloud of ecclesiastical censure and suspicion in the decade prior to its start, Congar was, from beginning to end, an influential day-to-day participant in the council's work. He also managed to keep detailed personal notes throughout the time.

At long last, the council diaries of Yves Congar are available in English! This material is a treasure trove of information and insight for anyone interested in the history of that council and its remarkable and historic teaching. It provides a window into the council's workings and the development of what would become a series of historic documents and declarations. It also offers Congar's own down-to-earth and personal perspective on many of the other remarkable figures who played a role in the council.

Yves Congar, OP, who died in 1995, was a French Dominican widely recognized as one of the most important Roman Catholic theologians of the twentieth century and a major influence upon the theology of the documents of Vatican II. Congar drew from biblical, patristic, and medieval sources to revitalize the discipline of contemporary theology. He was an early advocate of ecumenism and also contributed to shaping the theological agenda of the twentieth-century liturgical movement. He was named a cardinal in 1994 by Pope John Paul II. Liturgical Press has also recently published At the Heart of Christian Worship: Liturgical Essays of Yves Congar and Congar's classic work True and False Reform in the Church.

Man who saved toddler honored by Thunderbirds: “The crucible of our formation...
Jim Denison
2 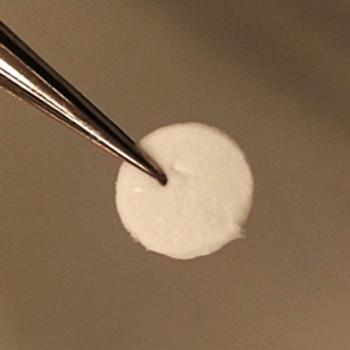 Women Religious Are Speaking Out Against Voter Suppression. Why Not The...
Brian Fraga
Get Patheos Newsletters
Get the latest from Patheos by signing up for our newsletters. Try our 3 most popular, or select from our huge collection of unique and thought-provoking newsletters.
From time to time you will also receive Special Offers from our partners that help us make this content free for you. You can opt out of these offers at any time.
see our full list of newsletters
Editor's picks See all columnists