God is here. Closer to us, said Muhammad, than our jugular veins. However we understand God—as an external supreme being to whom we owe adoration, or as some principle of wisdom and compassion at the heart of things, somehow quietly accompanying, even guiding, our evolution—the sacred, religions testify, is here, present, immanent. Religions speak to this truth, as does the poetry at the beginning of this essay. We see the holiness of the present moment captured, ironically, in many Zen poems—ironic, because the ultimate nature of reality, in Mahayana Buddhism, is fundamentally ungraspable, something as impossible, as Robert Ellwood has described, as lassoing a rainbow or dropping the sunset in a bucket and carrying it away. Still, a good Zen poem draws us into the present moment in its pristine holiness, for, if eternity or awakening obtains anywhere, it's there. We step into eternity when we are most alive and awake in the present moment.

But this subdued sensibility, less roiling with passion and simply calm, is sometimes seen in theistic poetry as well, perhaps most vividly expressed by the great Christian mystic of nature, Francis of Assisi. But even the young Siddhartha, before he became the Buddha, once experienced a natural and spontaneous meditation whereby he enjoyed a peaceful calm, momentarily free of the standard hankerings that beset most people at least occasionally. While that experience was not theistic, the calm he enjoyed was an important whiff of nirvana, a formative experience to which he returned much later in his quest.

A subdued awareness of the immanence of the divine sometimes can be discretely noticed in our own lives, too. Far less epic than the account of young Siddhartha, I will sometimes treat myself to a cigar and a glass of bourbon as I sit on my back deck—both pleasures, by the way, are considered problematic in Buddhism (and other religions), since they are intoxicants, and intoxicants, of course, can cloud judgment. Nevertheless, in a spirit of moderation, there I sit. The deck faces a church, and in the summer evenings, as the skies grow lavender, the stained glass windows gradually illumine. Typically, I feel a great calm, deep gratitude, and a sense that all is well. Most of all, I feel close to God, and as such, I feel close to myself, that is, I feel most myself. I feel happy.

This is especially noteworthy, because it's not uncommon for my solitude (my children live far away and my wife works in another state) to segue into distraction and even loneliness. And the happiness that I experience in those moments is not a blissed out sentimentality, but a simple, quiet, and deep contentment. The simplicity and depth of that contentment suggests that a profound existential hunger—something deeper than fleeting pleasures, a longing for God or for a spiritual calm—is met, if briefly. Indeed, the intensity of the joy—and joy here is something much more abiding than transitory pleasures or satisfactions—is matched by a soft sadness as my quiet time comes to an end. I sometimes find myself whispering, "I don't want to leave." I know that leaving often means stepping back into the commotion of mundane responsibilities, distraction, and occasional loneliness, but that brief time of felt connection, a cup of cool water in the desert, struck something deep in my core and offers, for me, an insight to a fundamental existential orientation and trajectory.

We are oriented to God; we need God. And we may restlessly try to meet that need with countless ephemeral satisfactions, but they do not finally satisfy. We need to see and feel the divine. The great meditative and monastic programs in the world's religious traditions speak to cultivating the awareness of the presence of the sacred in all things. This may be axiomatic in the spiritual life. But the psychological, empirical record for many of us is the rupture of that sense of intimacy under the press of mundane distractions, tedium, loneliness, and distress. Even the great Sufi saint Hafiz writes, "I need to know I am yours, beloved"—this from a poet whose work so typically is marked by intense buoyancy and jubilation. Yet, we, too, may feel, "I need to know I am yours, beloved." And sometimes, astonishingly, the beloved shows up, perhaps as a kitten, or in a walk in the woods, or gazing at the night sky, conversing with an old friend or discovering a new friend—or perhaps even in the enjoyment of a cigar and a bourbon on a summer porch.

1) Mahadeviyakka was a 12th-century South Indian poet-saint of the Virashaiva ('heroic Shaivism') tradition. Her preferred name for Shiva is "the lord, white as jasmine." A.K Ramanujan, trans., Speaking of Shiva (London: Penguin Books, 1973), 119.

2) Ikkyu was a 15th-century Zen monk from Japan who, after attaining awakening, lived a robust life as a vagrant monk, mixing with a variety of social classes, but often retiring to the mountains for retreats.

Author's Note: This article is taken from my forthcoming book, Praying with the Poets: Poetry of the Sacred in the World's Traditions. 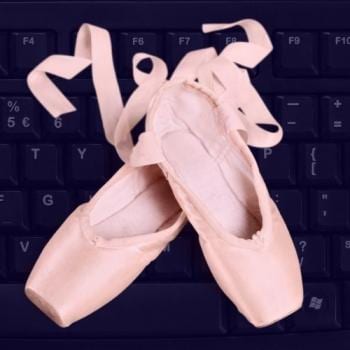 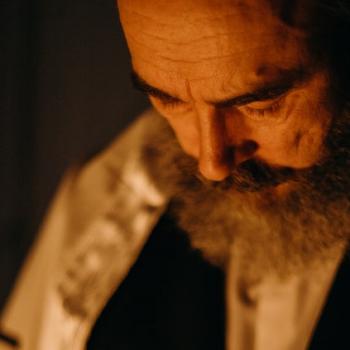 Sympathy For The Pharisees
Keith Giles
Get Patheos Newsletters
Get the latest from Patheos by signing up for our newsletters. Try our 3 most popular, or select from our huge collection of unique and thought-provoking newsletters.
From time to time you will also receive Special Offers from our partners that help us make this content free for you. You can opt out of these offers at any time.
see our full list of newsletters
Editor's picks See all columnists