The account of Jesus' ascent into heaven in the book of the Acts of the Apostles is sparse, but provides the basic story upon which this article of the creed is based.

When they had gathered together they asked him, "Lord, are you at this time going to restore the kingdom to Israel?" He answered them, "It is not for you to know the times or seasons that the Father has established by his own authority. But you will receive power when the holy Spirit comes upon you,and you will be my witnesses in Jerusalem, throughout Judea and Samaria, and to the ends of the earth." When he had said this, as they were looking on, he was lifted up, and a cloud took him from their sight. (1:6-9)

In commenting on this story, the author of the Letter to the Ephesians articulates the basic credal pattern: "The one who descended is also the one who ascended far above all the heavens, that he might fill all things" (4:10). Jesus came from on high; he pitched his tent among us (cf. Jn. 1:1-14); he returned to the Father (cf. Jn. 20:17).

The language of the credal statement, as well as the texts upon which it is based, are decidedly regal. Obviously "the right hand of the Father" refers to the preeminent place that the Son holds in creation, the one "through whom all things were made," the one who "for us and our salvation came down from heaven." The king's son sits at the king's right hand; the Son of God sits at the right hand of God the Father.

Yet the kind of king referred to in scripture and the creed is different from those of the ancient Near East or Greece. Luke addresses this difference head-on in the lines above from the book of Acts, even though he has already dedicated an entire gospel to telling the story of Jesus' ministry. Like a good author of a two-part series, he does not assume that his readers have all seen part one, so he hits the key plot point right away. Will Jesus restore the kingdom of David, a kingdom which God gave grudgingly to Israel (cf. 1 Sam. 8)? Of course not, Jesus replies; the Father is not interested in political structures, which are always contrivances to deal with greed. What Jesus tells them to expect upon his ascent is not a political solution to the world's problems, but rather the gift of the Holy Spirit, so that they might be witnesses throughout the earth.

The ascent to heaven is necessary because Jesus has already died and risen from the dead with a glorified body. In conquering death he has conquered fear of all the terrible consequences we imagine unfolding if we don't get life quite right. Freedom from this fear amounts to freedom from temporal ultimatums—that is, the belief that salvation can happen within the world. The great temptation both in ancient Israel and in our contemporary world is to believe that we can truly solve the world's problems—perhaps with the next great invention, or the next great economic structure, or the next great medical discovery. Those things are great, and relieving human suffering is no small matter. But Jesus' ascension into heaven without solving the world's problems is a reminder that only God can truly save the world. Jesus does not commission the disciples to spread democracy, or distribute income more equally, or lobby for human rights: he ascends to heaven and tells them simply to witness. The fruits of that witness will come later. 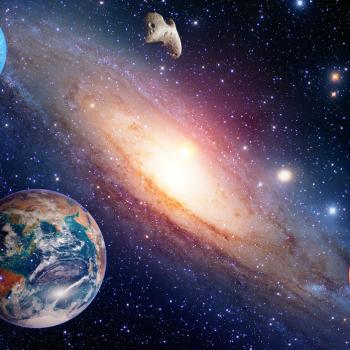 Scientists Disagree on the Universe's Age, So Creationists Are Claiming...
Hemant Mehta
3 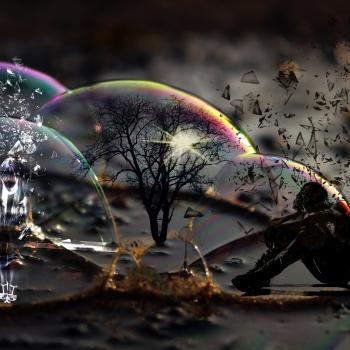 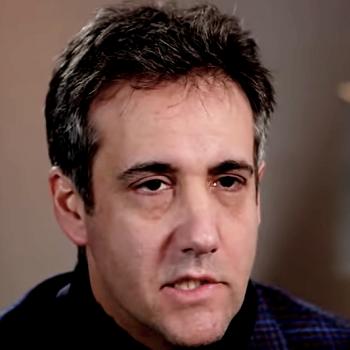 Before Trump became President he mocked evangelicals
Barry Duke
Get Patheos Newsletters
Get the latest from Patheos by signing up for our newsletters. Try our 3 most popular, or select from our huge collection of unique and thought-provoking newsletters.
From time to time you will also receive Special Offers from our partners that help us make this content free for you. You can opt out of these offers at any time.
see our full list of newsletters
Editor's picks See all columnists