Can You Be Good Without God?

Time and again the middle-aged Catholic mother will ask me, "I can't get my kids to go to Mass. Why don't they go to Mass anymore?"

My answer shocks them: "Your kids don't go to Mass because they don't believe the Catholic faith."

I go on to ask, "They probably think they can be good without going to Mass, right?" Nine times out of ten, they nod knowingly.

Believing you can be good without going to Mass isn't Catholic. That's what atheists think. Of course the "good Catholic" kids don't think of themselves as atheists. They think they're okay and still self-identify as Catholics.

So where did they get the idea that they could be good without going to church? They got it from church. They picked it up from the priest, the parish sister, and the religious education teacher. They were not taught it explicitly. Instead, there was a shift in the Catholic Church. The faithful were taught that Catholicism was all about doing good.

Mass became a fellowship time where all the good Catholics got together and sang self-affirming songs and heard sermons about how they should be out in the world doing good. Mass became a blend of group therapy and a pep rally for a team of do-gooders who wanted to make the world a better place: "We can make a difference, yes we can!"

The heart of the problem is that the Catholic faith is not really about gathering together as the people of God to reach out and encourage one another to change the world.

Catholicism is far more radical than that. The heart of the Catholic faith is about the supernatural forgiveness of human sin through the stupendous power of God unleashed in the world by the death and resurrection of Christ the Lord. Going to Mass is about participation in a sacrificial transaction as old and as young as mankind itself. It is about integrating oneself into the everlasting love of God—the force which, as Dante famously put it, "moves the sun and the other stars."

A few decades ago, this ancient, supernatural religion seemed rather too irrelevant for modern America, so it was quietly downgraded into a religion of doing good and being nice. It doesn't take long for the kids to think things through and realize that they could do good deeds and be nice people without the trouble of getting up early on a Sunday morning for Father's pep talk.

So the Catholics have drifted away to their volunteer hours at the soup kitchen, their involvement in their tax-exempt charities, their happy good works and sincere political activism—never having really understood what the Catholic faith was about in the first place. They think of themselves as Catholics and rarely even trouble themselves to call themselves "lapsed Catholics."

By this, they mean they can start a charity, raise money for helpless people, run a soup kitchen and special Olympics, campaign for poor workers and ecological causes without starting their meetings with a prayer. True enough. All those things are possible.

They may go further in their definition of what it means to be good and suggest that this also means "reaching one's full human potential" or "being self actualized" or "being fully mature and caring and loving." This too is possible with a certain amount of determination, hard work, good manners, working out at the gym and reading the right self-help books.

Unfortunately, both the lapsed Catholics and the atheists misunderstand what the Catholic church means by "being good." We declare that it is not only possible for human beings to do good, but also to be good.

Catholicism is about a supernatural transaction between an individual and God. God's power, which we call "grace," works on the person's whole being to effect a transformation from the inside out. We call this "divinization." The ancient church of the East calls it "theosis." This transformation allows a human being to live in a new dimension of power and glory unimagined by most of us. The second century theologian Saint Irenaeus wrote, "The glory of God is man fully alive" or as Jesus Christ himself said, "I have come to give you life—life more abundant!"

This "abundant life" means something greater than just doing good. It means being good. It means every cell and muscle, every sinew and particle of soul, every part of us being transformed with the radiant power and glory of God. It means the individual lives in a new, more dynamic dimension of reality. He or she begins to display even in this life a "god-like" quality.

The critic will reply, "If this is true, please explain the Catholic priests who rape little boys, the bishops who cover up their deeds—and not only the monsters, but the mediocre—please explain the bland, hypocritical and miserable Catholics I meet day to day who, I must say, don't seem to be transformed into beings of light by the stupendous power of the Creator." 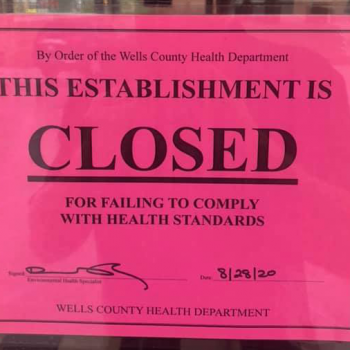 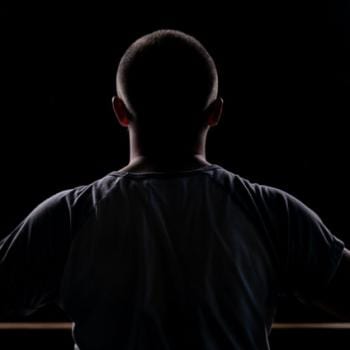 The Cure for Celebrity Christian Culture: Faithfulness over Fame
Randy Alcorn
Get Patheos Newsletters
Get the latest from Patheos by signing up for our newsletters. Try our 3 most popular, or select from our huge collection of unique and thought-provoking newsletters.
From time to time you will also receive Special Offers from our partners that help us make this content free for you. You can opt out of these offers at any time.
see our full list of newsletters
Editor's picks See all columnists