His Kingdom Will Have No End

People in the West have come to hate kingdoms, except as settings for fairly tales or the pseudo-fairy tales that sell newspapers. Almost no one wants to be ruled by an actual king.

In contrast, Plato thought of a republic as an organic whole, governed by a philosopher king whose laws were rooted in perfect wisdom. There were five forms of government, he suggested, each a corruption of the previous one. Interestingly for us today, he saw democracy as the second-to-worst form, because it exalted individual desires to the detriment of the society as a whole. Those enticed by the siren song of limitless "freedom," he suggests, depart from their "rearing in necessary desires"—those that serve the good of both the individual and the community as a whole—"to the liberation and unleashing of unnecessary and useless pleasures." (Republic 561a, tr. Bloom)

Left to their own desires, Plato suggested, societies that are democratic will decline into the worst form of government, namely tyranny. Pope Benedict XVI hinted at a similar sentiment when he observed in 2005 that we in the West "are building a dictatorship of relativism that does not recognize anything as definitive and whose ultimate goal consists solely of one's own ego and desires." The relentless pursuit of objects of desire leaves people bereft as individuals and fractured as communities, opening a space where a strongman can seize power to restrain a balkanized order.

The problem, as always sub specie aeternitatis, is the human heart. The 20th-century author Thomas Merton put his finger on the problem. Reflecting on his early agnostic-artistic worldview shaped by the forces of modernity, this man who eventually joined the Catholic Church and entered a monastery would write

Free by nature, I was nevertheless the prisoner of my own violence and my own selfishness, in the image of the world into which I was born... loving God and yet hating him, living instead in fear and hopeless self-contradictory hungers. (Seven Storey Mountain)

He was right. Left to their own devices, human beings always exhaust themselves allowing their desires to run amok. (For research, spend an hour on Twitter.)

What drew Merton and many others was Jesus, who preached a kingdom under the Father in heaven:

Thekingdom of heaven is like treasure hidden in a field, which a man found and covered up; then in his joy he goes and sells all that he has and buys that field (Mt. 13:44).

The kingdom is the place where all the stirrings of our conscience, all the hopes of our hearts, all the deep desires that propel us toward self-giving and toward generosity and love find their fruition. Our hope for this kingdom is what stirs us toward anything that is good and noble; what lifts us above the hardships of life to reach out toward others; what persuades us, even in the face of evidence, that life has meaning and that love is possible.

Christ's kingdom, we are promised in several places in the New Testament, is without end; it is what God has created us for. With this as our hope, what then are we supposed to be afraid of? With Paul, we can say:

For I am convinced that neither death, nor life, nor angels, nor principalities, nor present things, nor future things, nor powers, nor height, nor depth, nor any other creature will be able to separate us from the love of God in Christ Jesus our Lord (Rom. 8:38-39).

The Boy and the Beast and Human Flaws
Zachary Miller
3 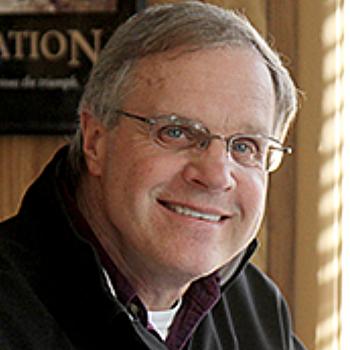 Tim Muldoon
Tim Muldoon holds a Ph.D. in Catholic systematic theology and is an award-winning author and Catholic theologian of the new evangelization.
Get Patheos Newsletters
Get the latest from Patheos by signing up for our newsletters. Try our 3 most popular, or select from our huge collection of unique and thought-provoking newsletters.
From time to time you will also receive Special Offers from our partners that help us make this content free for you. You can opt out of these offers at any time.
see our full list of newsletters