By the time you read this Pope Francis will have broken new mission ground in a unique way, by becoming the first pope to launch a mobile app.

MISSIO is a free app commissioned by The Pontifical Mission Societies, and it features the latest news and video about the Catholic Church from around the world. The launch event marks a unique, historic moment for the Church and her use of digital technology to connect with the faithful.

The MISSIO app signals a keen recognition by the Church of the changing ways that people, including the faithful, consume news and information. Smartphones have become the next logical step after PCs for the wired world, and MISSIO helps make the Church—both in the 'regular' news and the Good News—accessible to individuals the world over. This is especially important in light of the Church's call to serve the poor, which Pope Francis particularly embraces. In developing nations, the average person is much more likely to have a smartphone than a computer. 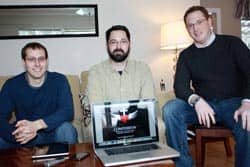 Our app development company, Little i Apps, was chosen to help develop both the app itself and the proprietary launch software that allows the app to be globally activated by Pope Francis, from the Vatican. Little i Apps is no stranger to drawing connections between digital and sacred spaces. In 2011, we developed and launched, Confession: A Roman Catholic App. The tremendous response to Confession triggered a serious conversation about how individuals could improve their spiritual lives and deepen their relationship with God in a digital age.

From a technical side, the app has been designed to integrate with Catholic news from Catholic News Service, News.va, and FIDES in over eight different languages. While this presented some interesting challenges ("How do we know if our Arabic pages are displaying the right text?"), it was very rewarding to work on a project with global reach. The launch software created for the pope allows for a simple one-touch release through an iPad. By activating the release from the program, all devices with the app installed will receive an instant push notification of its release. When we tested the launch system, it was amazing to see devices on several continents unlock for use within a few seconds of each other. It really drove home the universal nature of the Church.

This unveiling by Pope Francis complements World Communications Day, when the Catholic Church reflects on Pope Emeritus Benedict XVI's invitation to Catholics to make better use of social media in sharing the Gospel. The Pope Emeritus, who opened the first papal Twitter account, challenged the Church to think about social networking sites as "new spaces for evangelization." Much has been made in recent years of the dehumanizing impact of technology—the irony of a social media that can strip away true social interaction. We take Pope Francis's and Pope Emeritus' leadership to mean they see a real opportunity to use technology for good, a chance to turn "swords into ploughshares." We believe that Pope Francis's actions indicate a desire to integrate Catholic social teaching with modern technology in a cohesive and positive way. Pope Francis, through the MISSIO app, is further embracing technology in service of the good by offering Catholics a chance to reflect on ways their mobile devices can also be used as spaces for evangelization as well.

Having had the opportunity to learn about their work as we built the app, we can say these guys are the real deal. They gather basic support for more than 1,150 mission dioceses in Asia, Africa, the Pacific Islands, and Latin America. Day in and day out, the Pontifical Mission Societies runs some 9,000 clinics caring for the sick and dying, 10,000 orphanages, providing a place of safety and shelter, and 1,200 schools, educating children in some of the poorest parts of our world. It has been a true honor to work on MISSIO with them and we hope that—if you enjoy the launch and use the app—you might be inspired to make a donation to the amazing, Christ-like work of the Pontifical Mission Societies.