By all accounts, Sarah Anne O'Brien (1834-1920) was a formidable character. Raised in comfort, she grew into a strong-willed young woman with a love for books and intense compassion for the poor. Born in Cork, Ireland, and baptized by her priest uncle, she was raised by Protestant relatives after her mother's death. The Carrolls doted on her, but even as a child, her brother recalled, she had something of the autocrat about her.

From an early age, she was drawn toward the Sisters of Mercy, who during the Great Famine opened hospitals and distributed food, medicine and clothing to the poor and sick. They also consoled "the sad-hearted father, the weeping mother, the hungry child." All this was in keeping with foundress Catherine McAuley's spirituality, which sees mercy as "the principal path pointed out by Jesus Christ to those who are desirous of following him."

Sarah wanted to join the community at seventeen, but her relatives persuaded her to teach for a while. She did join in the summer of 1853, and soon found herself en route to the United States. Ten years earlier, the Sisters had established their first American foundation in Pittsburgh. Taking the name Sister Gonzaga (for the sixteenth century Jesuit saint), she was sent to Providence, Rhode Island, where a convent had recently been founded.

At the time, Providence was a center for the "Know-Nothings," an anti-Catholic group pledged to secrecy ("I know nothing"). On the streets, they jeered at the Sisters and threw mud. They broke convent windows. But in March 1855, when they surrounded the convent, one historian writes, they soon found "a strong gathering of Irish Catholics ready to defend the Sisters with the last drop of their blood." These were the days when the Sisters were subject to "a good fright now and then."

Years later Sister Gonzaga recalled that while studying geography, she often noticed a map of New Hampshire, which she dismissed as unnecessary to study. But in July 1858, she was sent to Manchester with the first group of Catholic nuns in the state. Four years earlier, an anti-Catholic riot had broken out in there; the local pastor stationed armed parishioners around the future convent, which was still under construction.

In time, the Mercys opened New Hampshire's first parochial schools, hospitals and orphanages. They started homes for working women and night school for children employed in Manchester's factories. They visited the sick and the poor in their homes.

They also helped dispel commonly held myths about Catholics. At the times, many Protestants were taught that convents were prisons where young women were held against their will by lecherous clerics. On Saturdays, Sister Gonzaga conducted tours for curious locals who expected to see dungeons, torture rooms and underground tunnels. (Some visitors, in hushed voices, promised to aid her escape.)

At the local parish, she took charge of the Young Men's Sodality (a group with social as well as religious dimensions), which sponsored literary discussions and readings, debates, and plays. They once put on The Merchant of Venice. She also founded a boys group, the Xaverian Union, which had a debating society and produced a monthly newspaper. The boys graduated into the sodality.

In 1865, she was sent to Bangor, Maine, as superior. On the train there, in their habits, they were first nuns many had ever seen. In hushed tones, passengers asked them, "Is the corpse on this train?"

In Maine, they started schools, sodalities for young men, and they reached out to both non-Catholics and the fallen away. (Sodalities, confraternities and guilds are all organizations with a centuries-old history, having a social as well as a devotional dimension.) In 1872, Gonzaga went with two sisters to take over an orphanage in Portland, and the following year they were asked to open schools there.

In 1874, Sister Gonzaga returned to Manchester. Nine years later, she became Mother Superior. Long before professional social workers arrived, her Sisters visited Manchester's tenement-houses. In her later years, she opened a senior residence to give "a home of cheer and happiness to men of sorrow and loneliness." She searched for homeless men living in huts outside Manchester's city limits. "She was," her biographer observes, "heart and soul in what she did."

Peers remembered her cheerful disposition, as well as her toughness. It was said that she "never quailed before a foe." She did like to have her own way. When the local bishop named the new hospital Sacred Heart instead of St. Martha as she wished, she was quite upset. Very soon she started a home for working women, which she named St. Martha. But what peers remembered most was that "like her Divine Model, she was good to the poor, the unhappy, the sick." 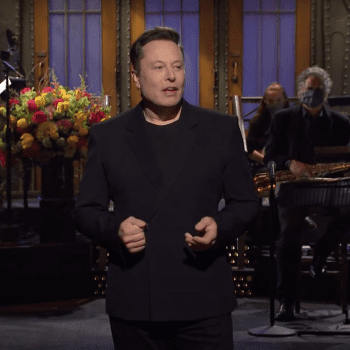 Are You Eating from the Right Tree?
Frank Viola
Get Patheos Newsletters
Get the latest from Patheos by signing up for our newsletters. Try our 3 most popular, or select from our huge collection of unique and thought-provoking newsletters.
From time to time you will also receive Special Offers from our partners that help us make this content free for you. You can opt out of these offers at any time.
see our full list of newsletters
Editor's picks See all columnists