He Rose Again on the Third Day

What is so arresting about the gospel accounts of Jesus' resurrection from the dead is their ordinariness. There are no fireworks or explosions of the heavens; no triumphal chariots of fire at full throttle coming from the sky. There are messengers (in Greek, angeloi) who tell the likes of Mary Magdalene and Peter that there is nothing to fear, but otherwise there is no particular in-breaking of divine power.

Let us take a step back and survey the scene with a modern trans-historical view. God has created a world; it has evolved over billions of years. There are billions of stars where only one about which we currently know has life. Over eons on that planet, life has developed complexity, become sentient, achieved self-awareness, developed a sense of wonder, worshipped, and established civilization. God chooses one of those civilizations to be a witness to the rest of the world of God's power.

That civilization produces texts that become a cornerstone of what we now call Western culture; it produces prophets who call the civilization to obedience to God's law. God chooses an obscure peasant of that civilization to give flesh to his presence—that choice already a harbinger of the way that God will enter creation deep under cover. The child becomes a man, teaches about God, and is killed. And then he shows up again.

On one level we should not be surprised at the ordinariness of Jesus' showing up again. His first sojourn among us was without fanfare; he did not seek political or religious power. His life was carried out not in the centers of culture—in Athens or in Rome, let alone the seat of imperial authority in China or the great cities of what we now call America. Rather, he showed up in Galilee (where?) and made his way to Jerusalem. To a Roman of the time, that's like saying he showed up in Tarrant, Alabama and made his way to Birmingham (pace my friends: Roll Tide). Everything about this curious God-as-person makes little sense.

So Jesus' showing up is obscure; his death is one of thousands that Rome will carry out over its bloodthirsty reign. There is nothing to see here.

But he shows up again, and to him it seems to be a rather ordinary, matter-of-fact occurrence. We don't see him sprinting to the Upper Room, bursting in, and saying, "I'm alive! I'm alive!" We don't see him going to the centers of religious or political authority and making a big scene. ("Pilate! You can't kill me!" or "You hypocritical members of the Sanhedrin, you thought you could murder God's son?")

No: he simply shows up again. In the gospel accounts of his resurrected life, he appears to his friends rather quietly, eats with them, suggests how they might improve their fishing, walks along a long road not even telling them who he is. How strange! (Part of what lends the gospels credence is precisely the fact that the story they tell they simply would not make up. The plot is actually pretty boring.)

In my last meditation for this Year of Faith, I suggested that the story of Jesus' death shows him taking the "sting" out of death. He tames death; he also tames new life. Jesus, the canny God-man, does what he has to do: he dies, he lives again. What is there to fear? God is Lord of life and death.

The real change happens in the disciples: their eyes are opened and the world is now a different place. Those on the road to Emmaus give voice to their reaction most clearly: weren't our hearts burning in us when he was walking with us? When they finally recognize him at a meal with him, something changes and they are overjoyed. We see the same reactions in the likes of Peter and Thomas and Mary Magdalene.

What do those who see the resurrected Christ see, when he himself seems almost nonchalant about the whole affair? Perhaps they begin to see the world as Jesus himself does—and the distance from how they had previously seen the world is so great. Perhaps what they see is that there is far less to fear, and a greater abundance of grace. For after all, death is of no great consequence because life happens again, and so entering into the small deaths that are ordinary human suffering is rather like surfing a wave that will ultimately crash on the shore. But there will be grace in the surf, grace in the wave, grace in the crash.

Podcast on Voices and Views on Paul
Ben Witherington
2 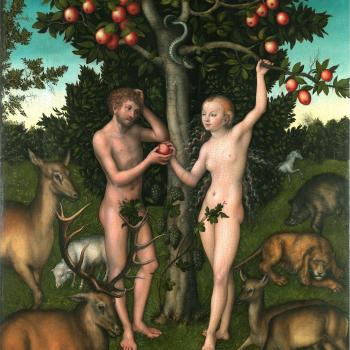 Trying To Be Good Without God, Or Hoping "We Won't Get Fooled Again"
Anthony Costello
3 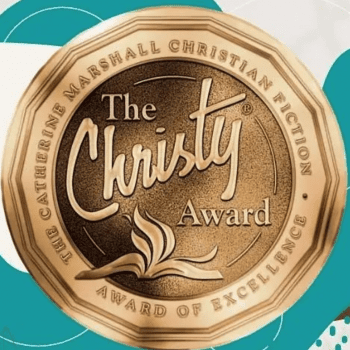