A Theology of Women? What does Pope Francis Mean?

During his now-famous impromptu interview while returning to Rome from World Youth Day in Rio de Janeiro, Pope Francis declared the ordination of women a question settled definitively by Blessed Pope John Paul II, but suggested that women's gifts might be used in other ways. His suggestion that a deeper "theology of women" might have to be developed in order to discern such service should not be misconstrued to mean the church has no theology of the feminine. The pope's use of the prepositional phrase—"in the church"—limited the scope of his comments.

A church without women would be like the apostolic college without Mary. The Madonna is more important than the apostles, and the church herself is feminine, the spouse of Christ and a mother.

The role of women doesn't end just with being a mother and with housework ... we don't yet have a truly deep theology of women in the church. We talk about whether they can do this or that, can they be altar boys, can they be lectors, about a woman as president of Caritas, but we don't have a deep theology of women in the Church. (John L. Allen, Jr, "Pope on Homosexuals: 'Who I Am to Judge?'", National Catholic Reporter, July 29, 2013)

Francis implied that we need a deeper transmission of these ideas. His commentary echoed his statements published previous to his pontificate. In On Heaven and Earth, a book originally published in 2010, the would-be-pope Jorge Bergoglio expressed similar sentiments in conversation with Argentine Rabbi Abraham Skorka.

[Bergoglio, on women:] In the theologically grounded tradition the priesthood passes through man. The woman has another function in Christianity, reflected in the figure of Mary. It is the figure that embraces society, the figure that contains it, the mother of the community. The woman has the gift of maternity, of tenderness; if all these riches are not integrated, a religious community not only transforms into a chauvinist society, but also one that is austere, hard, and hardly sacred. The fact that a woman cannot exercise the priesthood does not make her less than the male. Moreover, in our understanding, the Virgin Mary is greater than the apostles. According to a monk from the second century, there are three feminine dimensions among Christians: Mary as Mother of the Lord, the Church and the Soul. The feminine presence in the Church has not been emphasized much, because the temptation of chauvinism has not allowed for the place that belongs to the women of the community to be made very visible. (Jorge Mario Bergoglio, Abraham Skorska, On Heaven and Earth: Pope Francis on Faith, Family, and the Church in the Twenty-First Century, Image Books, 2013, p. 100-101)

Based on his replies we can surmise that the possibility of women becoming members of an ordained hierarchy will not be debated by the Vatican. Yet, in Francis's conversation with journalists, we perceive a call for more. What might that be?

In my recent book, Blessed, Beautiful, and Bodacious: Celebrating the Gift of Catholic Womanhood, I introduced some of the church's message to and about women. Reflecting on what Blessed John Paul II described as the "feminine genius," I introduce readers to what the Church says to women in terms of their blessed dignity, beautiful gifts, and bodacious mission. From where I stand, the Catholic Church has a theology of womanhood that can be gleaned from a variety of sources.

As Francis points out, church teaching already embraces the ultimate icon of femininity. We have centuries of theological exposition on The Woman, that is, the Blessed Virgin Mary. Every discussion of womanhood must be filtered through the lens, or hermeneutic, of Mary's unique and exquisite fiat and of her being the Theotokos, the God-bearer, of the Christ. We see this already in Francis's words and in his example of beginning his pontificate by expressing his relationship and dependence on the Mother of God, the woman John Paul II called "the mirror and measure of femininity." Mary, the epitome of the feminine genius, must be the cornerstone of any theology of womanhood. 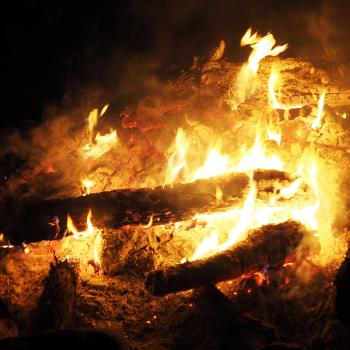 Work Through Purgatory or Descend Into Hell
John Beckett
2 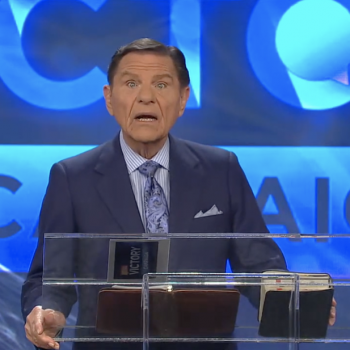 A Bird's Eye-View of Philippians
Mike Bird
Get Patheos Newsletters
Get the latest from Patheos by signing up for our newsletters. Try our 3 most popular, or select from our huge collection of unique and thought-provoking newsletters.
From time to time you will also receive Special Offers from our partners that help us make this content free for you. You can opt out of these offers at any time.
see our full list of newsletters
Editor's picks See all columnists