Essentially, the good doctor is a character witness. While sometimes bemused at his unshakable faith, we have no doubt about the veracity of his insights. Our trust of this simple, kind-hearted man and our confidence in his judgment runs far deeper than our distaste for Holmes and his ego-centric tendencies. The fact that Watson has vouched for the legendary detective—and continues to vouch, despite numerous opportunities to reconsider his friendship—plays a vital role in our attempts to embrace the prickly sleuth. Without him, the gulf between the dazzling, irksome Holmes and his audience would prove too difficult to navigate; we might respect him as the world's most brilliant consulting detective, but we would never be able to love him. With the help of Watson the Reliable Narrator, however, we can bridge the gap between what we know of Holmes through our own experience and what his friends see (and love) in him. Without Watson, Holmes would be little more than a freakishly gifted alien; with him, he becomes a troubled, troubling, redeemable human being.

The truth on display in Sherlock—the need we humans have for an emissary in so many of our dealings with others; a trustworthy witness willing to reach out between a difficult personality and his intended audience—has a more universal applicant than the merely literary one on display in Conan Doyle's works; the political and social realms rely heavily on it, as well. Yet as I mulled over the vital part Watson plays (and the many ways in which his role as emissary can be seen in ordinary life), I was reminded of its greatest manifestation: the Incarnation.

In the Old Testament, Yahweh is a formidable and often incomprehensible being; Israel follows Him as much out of fear as they do out of devotion, and the relationship of Creator to creature comes down far more heavily on the "respect" side of the scale than that of love. But with Christ's arrival—in that moment when He chose to take on our frail human nature and elevate each and every one of us to the position of adopted Children of God—everything is changed.

Through Him (and through His reliable testimony as God and man), we are drawn beyond mere fear of God's might into a radical, revolutionary relationship; we no longer consider God simply under the aspect of All-Powerful, but learn to embrace Him as Father. And that is a different relationship altogether—a revolutionary, game-changing relationship so transformative to the way we understand ourselves and He who gave us life that it has indisputably altered the very fabric of reality.

Before Christ, we saw ourselves as subjects; now we see ourselves as heirs to the kingdom. Is it any wonder that we Christians now measure all time in relation to that single transformational moment?

(Sherlock's first season is available through Netflix's Watch Instantly service, and the second should be joining it shortly. In the meantime, here is Brett's priceless version, which I cannot possibly recommend enough. The former is frequently more adult in its subject-matter than the latter, but both are "Made for TV-Safe.") 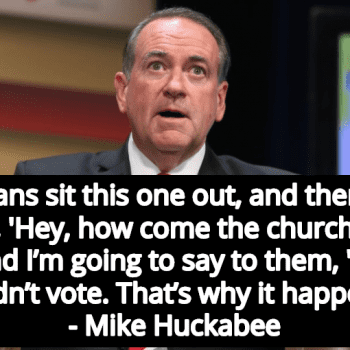 Mike Huckabee: If Christians Don’t Vote For Trump Their Churches Will Be Taxed
Michael Stone
4 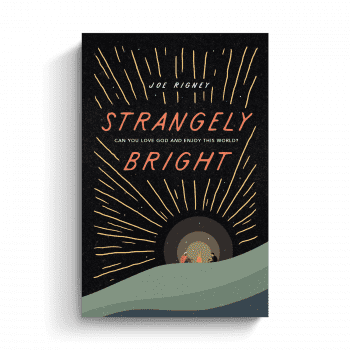 Strangely Delightful
Coyle Neal
Get Patheos Newsletters
Get the latest from Patheos by signing up for our newsletters. Try our 3 most popular, or select from our huge collection of unique and thought-provoking newsletters.
From time to time you will also receive Special Offers from our partners that help us make this content free for you. You can opt out of these offers at any time.
see our full list of newsletters
Editor's picks See all columnists