Who's on First? The Only Begotten Son of God

And the Word was made flesh, and dwelt among us, (and we saw his glory, the glory as it were of the only begotten of the Father,) full of grace and truth (Jn. 1:14, Douay-Rheims)

Only-Begotten Son and Immortal Word of God,
Who for our salvation didst will to be incarnate of the holy Theotokos and Ever-Virgin Mary;
Who without change didst become man and was crucified;
Who art one of the Holy Trinity, glorified with the Father and the Holy Spirit:
O Christ our God, trampling down death by death, save us. (from the "Hymn of the Incarnation," 4th-5th century)

Trinitarian theology is inevitably like insider baseball: the moment you start ruminating on it, people's eyes glaze over as if it's just far too technical to talk about. The terminology itself is to blame: that's the problem with the Niceno-Constantinopolitan Creed that Catholics say at Mass every Sunday. It reflects the doctrinal disputes of the early centuries of the Church, and as such gets pretty technical ("only-begotten" and "consubstantial," for example, don't generally show up in ordinary conversation).

Yet baseball insiders and theologians will tell you that technical details do matter, that they affect the way you think and pray and hope for the future. (Disclaimer: as a Cubs fan I can tell you that the technical details of what Theo Epstein is up to very much affect what I think, how I pray and hope for the future. But that's another matter altogether.)

1) If God is God, then God is altogether other than everything in creation. God is not part of creation; therefore God does not, in the sense that people frequently misuse the term "exist." Only things within creation exist.

In an analogous way, Jesus enables God the Father Almighty, Creator of Heaven and Earth, of all that is visible and invisible, to write the story of creation. What the Son does is make every atom testify to the work of the Father, rendering the whole world sacramental. Belief in the Only Begotten Son of God thereby opens a world of meaning, which different peoples have discerned over the ages. We perceive competition among different religious groups; God sees ever-partial (and often false) attempts to give language to the reality that the Incarnation unfolds.

Was Jesus that Son? Here is where we confront the radicality of our faith: we must choose to accept the testimony of the disciples and see what fruit it bears. There have been many others who have claimed to be a son of God (a fascinating 19th-century example in China here), but the testimonies to Jesus—and the two millennia of faith that have followed him—offer a compelling testimony. Even these are not enough, though: for if God is God, and if God has become incarnate in Jesus, then that touchstone of history cannot of itself be the final story. No: if the Incarnation is real, if God has indeed entered human history as a character in the drama, then the whole of history is transformed. To be human, in the words of Augustine, is to be "capable of God"—to be capable of knowing God directly, in one's own flesh and blood, imagination and passion, desire and hope, terror and suffering. 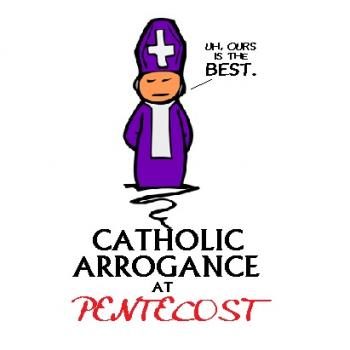 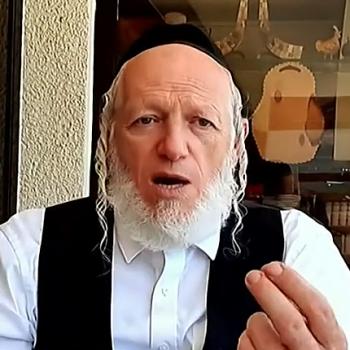 One small Christian conclusion has sweeping political consequences
Bob Seidensticker
Get Patheos Newsletters
Get the latest from Patheos by signing up for our newsletters. Try our 3 most popular, or select from our huge collection of unique and thought-provoking newsletters.
From time to time you will also receive Special Offers from our partners that help us make this content free for you. You can opt out of these offers at any time.
see our full list of newsletters
Editor's picks See all columnists