I've been discussing theological matters (and occasionally controversies, though more frequently than not of late!) within modern Paganism and polytheism so much over the last few months that one might tend to forget that the title of this regular column is "Queer I Stand." My own preference is to understand "queer" in as wide and as multivalent a manner as possible. For me, "queer" can encompass things that are not directly related to either gender variance or non-heterosexual sexual orientations. Indeed, a "queer stance" is one that questions any and every norm possible, even if the questioning results in upholding a given norm; that upholding would only be due to specific contextual reasons that would generally not be reasons to universalize such a choice.

But, for most people, "queer" still means anything that might be synonymous with "freak," "fruity," or "faggot." And there's been a lot in the news recently that has something to do with these matters directly, often with specific implications for religion.

However, I find myself reluctant to talk about some of these matters, because I know what my answer will be on almost all of them: a violet-hot burning rage. That's not something that can go very far in starting good conversations, or in producing useful rhetoric; but, there we are.

Let's take a few examples. The Proposition 8 and DOMA overturn cases have come before the Supreme Court of the United States and will be decided in the coming months. Lots of religious representatives have weighed in on this issue, and while the short version of my answer is something almost everyone who reads this column can guess (yes, those measures should be overturned as unconstitutional in the interests of full equality of all persons under the law), a more nuanced answer on this topic would take more time than it does for a pollster to mark "For" or "Against" on some national survey.

I know many people who would benefit from having these laws overturned, and who could then get medical benefits from their partners, have a chance of bringing loved ones from other countries, and simply be given the full enfranchisement that being fully legally married gives to heterosexual couples in the U.S. I am absolutely in favor of this, because they deserve it just as much as any heterosexual couple does.

I also find the institution of heterosexual marriage, as currently defined by law and custom in much of the world, to be deeply flawed and outdated. There is already an assumption I've seen in place, as early as a few weeks after same-sex marriage was legalized in my home state of Washington last November, which pretty much assumes that no same-sex relationship is "serious" unless the parties involved intend to get married. A straight woman who had been divorced multiple times made this remark to one member of a gay couple who had been together with his partner for over twenty years (without legal marriage or domestic partnership benefits for the majority of the relationship). The unexamined privilege demonstrated by such remarks is appalling to me.

But, from a much more personal view, I look at this entire debate and say: how does this help me? Certainly, I'm in favor of same-sex marriage (and many other things, e.g. the overturn of "Don't Ask, Don't Tell") even though these changes may not impact me in any fashion. But I also see how these advancements in civil rights still leave a lot of people out in the cold for a variety of reasons, including myself. So, now that a same-sex marriage can take place in my state, that means I can get married to . . . who, another metagender? (I can count the other metagenders I know on one hand with fingers to spare; many of them are nice, but none of them are good marriage material for me personally.) Just because the law may only recognize my gender at present in one narrow and incorrect fashion doesn't mean that the law is "right," and I am less inclined to go along with a particular institutional standard on some matters of vital importance than I am to just go "Well, I'll take what I can get" and go with it. (That, of course, still doesn't take account of the fact that I currently am not in a long-term partnership that would even qualify for thinking about marriage.)

I have met gay couples in the past who are composed of a cisgendered male and a trans man. Some have been able to get married because the gender of the trans man is not recognized as male by the law. While I commend that kind of exploitation of the differences between the social realities and the definitions of the legal system for the benefit of the individuals involved, I'm not keen to participate in it myself, especially since the gender I am is not remotely recognized to the point of having any definite "opposite."

And yet again, I think to myself that there are other much greater priorities in my mind than rulings on the legality of same-sex marriage. What about an employment non-discrimination act? Not everyone will get married, but almost everyone will have to try and get a job at some point. What about hate crime legislation protecting the full spectrum of queer people? The likelihood that a trans person will be physically attacked for being trans is far higher than that of the general population. What about the law that was recently proposed (and, thankfully, shelved) in Arizona that would make using public bathrooms by trans people illegal? Literally, not giving trans people a legal pot to piss in is a travesty that makes the violet-hot rage turn up to eleven . . . 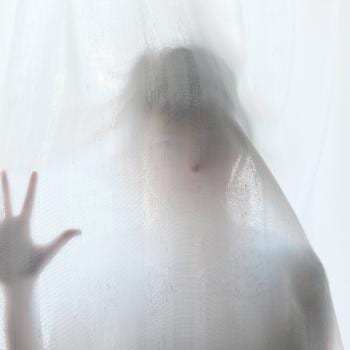 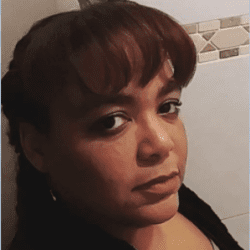 The Coming Election Chaos?
Gene Veith
Get Patheos Newsletters
Get the latest from Patheos by signing up for our newsletters. Try our 3 most popular, or select from our huge collection of unique and thought-provoking newsletters.
From time to time you will also receive Special Offers from our partners that help us make this content free for you. You can opt out of these offers at any time.
see our full list of newsletters
Editor's picks See all columnists