As June winds down to a close, LGBTQ Pride events all over the U.S. (and the world, for that matter) are coming to a close. It is summer, and so a variety of places have had or will have their own Pagan Pride events in the near future as well. "Pride" is considered a positive value in many contexts now, though even as little as one generation ago, it was sometimes considered a "deadly sin" in some religious contexts.

I remember hearing a speaker once while I lived in Ireland, at the university I was attending, address the student LGB group (the "T" had not been added yet—I was part of the successful campaign to get it added). The speaker's talk was about internalized homophobia, and she argued that the only antidote to internalized homophobia (which every person in the room had, she said) was pride. The room was full of Irish students, who had grown up in Irish schools run by the Catholic church, and many of whom had a distanced but grudging continuous relationship with Catholicism (as almost everyone in the Republic of Ireland does these days). Teaching the "seven deadly sins" was still a part of the religious education curriculum for most of those students.

After the talk, I spoke to two friends of mine that I had met from chaplaincy activities, both of whom were gay, and it seemed we were the only ones who saw that the entire effort on the speaker's part—no matter how well-intentioned it was, or even how accurate it was (which I would dispute to some degree or another depending on the individual case)—did not confront the obvious difficulties present in the situation in the Irish context. Forget having to get over the internalized homophobia and all of the messages that Catholicism in particular gives to LGBTQ people on how "intrinsically disordered" and sinful their "lifestyle" is; now the only "antidote" to those feelings and messages that LGB students were being presented with was...another sin, and a "deadlier" one than being what they were?

This is where I see some of these concepts of "pride" being difficult in many respects. If something is an inborn, given trait, over which one had no control and about which one never made a choice, is it really right to have any "pride" in it at all? I had no choice about the fact that I'm tall, so I certainly don't have "height pride." If someone was born into a very rich family, we'd think such a person was a jerk if they had pride in the fact that they were wealthy. People who are born without disabilities, or who have a particular skin color, or any number of other sorts of people who have certain privileged statuses in our society would be considered downright rude, distasteful, and perhaps even hate-filled if they strutted about and spoke about having parades to show their various privileges as matters of pride.

Certainly, individuals who have been maligned or mistreated for certain aspects of their lives can very powerfully reclaim a sense of "rightness" about their status, whatever it is, and I have no problem with that, or with normalizing things that have been considered "queer" (by whatever measure or distinction of that adjective one might consider—religious, sexual, gender-based, or otherwise). But "pride"? Is it really necessary, even if it is not considered a sin? (And I don't consider it a sin!)

The fact is, many LGBTQ Pride celebrations these days aren't so much about the liberating reclamation of an identity that has been maligned, but which is an inborn fact about many people's existence, nor is it a celebration of the anniversary of events on New York's Christopher Street in late June of 1969. Instead, they're about commercialism, mainstreaming of certain preferred physical types and behaviors, and promoting an image of gay and lesbian (bisexual and transgendered still get the short end of the stick after all these years, if they get any share of the stick at all) lives that is primarily urban, middle and upper-middle class, white, and—a few speedo-clad contingents or leather-wearing Dykes on Bikes aside—rather assimilationist and moderate liberal in social and political orientation. Much of it may be gay, but not as much as one might hope is actually queer.

Religion's visibility is minor at these events, and what there is tends to be mainstream and rather bland Christianity. Pagan LGBTQ groups do exist and march in Pride parades or have booths at festivals, but it's still a very small, very niche minority—despite the fact that many of our Pagan religious ideas and celebrations would have no problem with Pride-like spectacles and behaviors taking place at all times throughout the year!

As much as the wonderful-ness of community and of acceptance of all individuals is proclaimed in speeches, signs, buttons, and bumper stickers on or around Pride events, in my own experience it's been like walking through a gay bar much of the time. People look past me or through me, and even if I smile and say hello warmly to people as they walk by, I'm ignored. A few skeezy individuals who want to have sex with me aside (unfortunately, it's never people I'm attracted to likewise), I don't get talked to at all. So much for community and acceptance...

Why No One Loves Lammas (& Lughnasadh)
Jason Mankey
3 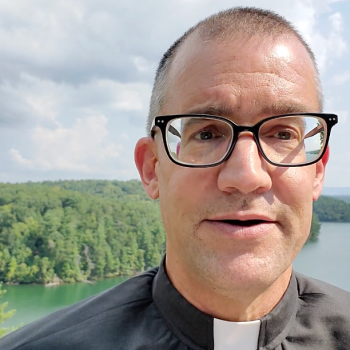 Priest: The Catholic Church Silenced Me for Criticizing Its Handling of Abuse
Hemant Mehta
4 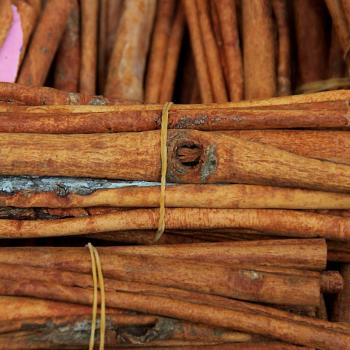 Herbal Magick: Cinnamon Sticks
Lilith Dorsey
Get Patheos Newsletters
Get the latest from Patheos by signing up for our newsletters. Try our 3 most popular, or select from our huge collection of unique and thought-provoking newsletters.
From time to time you will also receive Special Offers from our partners that help us make this content free for you. You can opt out of these offers at any time.
see our full list of newsletters
Editor's picks See all columnists