Often hailed as one of the finest actors of his generation, EWAN McGREGOR (Yeshua/The Demon) consistently captivates audiences with a diverse line-up of roles across a multitude of genres, styles and scope.

Currently McGregor is in post production on his directorial debut, American Pastoral, based on the Pulitzer Prize-winning novel. McGregor will also star in the film opposite Jennifer Connelly and Dakota Fanning.

In addition to Rodrigo García's Last Days in the Desert, McGregor is also set to star in Don Cheadle's Miles Ahead opposite Cheadle and Zoe Saldana. The film premiered at the 2015 New York Film Festival and will be released by Sony Pictures Classics this spring. Among McGregor's additional upcoming film roles is the political thriller Our Kind of Traitor opposite Stellan Skarsgard. McGregor recently starred in Gavin O'Connor's Jane Got a Gun.

McGregor marked his Broadway debut as Henry in Tom Stoppard's Tony-Award-winning play The Real Thing, directed by Sam Gold, opposite Maggie Gyllenhaal. The play opened on October 30, 2014 and ran until January 4, 2015 at the American Airlines Theatre in New York.

Among his more recent film roles is Julius Avery's Son of a Gun; David Koepp's Mortdecai; and John Wells' film adaptation of Tracy Letts' Pulitzer-and Tony-winning play August: Osage County opposite Meryl Streep and Julia Roberts. McGregor also starred in The Impossible, a drama based on a true story of one family's terrifying account of the 2004 tsunami and the compelling events as they fought to survive in the face of disaster; and Beginners, opposite Christopher Plummer, and based on director Mike Mills' personal story, where he portrayed a man coming to terms with his dying father's latent homosexuality. McGregor also garnered terrific acclaim for his performance in Lasse Hallstrom's moving film Salmon Fishing in the Yemen alongside Emily Blunt and Kristin Scott Thomas. The film premiered at the 2011 Toronto International Film Festival and garnered McGregor a Best Actor Golden Globe nomination.

McGregor received critical acclaim for his role in Danny Boyle's A Life Less Ordinary, for which he won the Best British Actor Award (for the third time running) at the 1997 Empire Movie Awards. For his role in the BAFTA award-winning Shallow Grave, McGregor was honored with the Hitchcock D'Argent Best Actor Award and a nomination for Best Actor at the BAFTA Scotland Awards. On television, McGregor was lauded by critics, and won an Emmy Award for Outstanding Guest Actor for his episodic role in the NBC television series "ER." 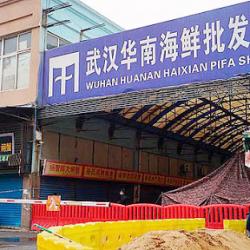 January 12th is the Big Day
Frank Viola
Get Patheos Newsletters
Get the latest from Patheos by signing up for our newsletters. Try our 3 most popular, or select from our huge collection of unique and thought-provoking newsletters.
From time to time you will also receive Special Offers from our partners that help us make this content free for you. You can opt out of these offers at any time.
see our full list of newsletters
Editor's picks See all columnists