Walking with The Young Messiah

The Young Messiah presents people of faith — and all viewers — with much to talk about. The film has great value for pastors, who can use it to lead discussions about the nature of Christ. In affirming both Jesus' full divinity and humanity, viewers become mindful that Jesus had a childhood and an adolescence, and grew into adulthood just as we all do. Seeing Jesus as a child could enable people to be more closely in touch with his humanity, making Jesus that much more relatable through the recognition that he faced the same life situations as we all do as human beings. Given that the focus of the film is on Jesus' emerging sense of his "higher calling," it should speak to viewers at all stages of life who wrestle with their own calling and sense of purpose in the world. This will be especially important for adolescents and teenagers, who often feel awkward and out of place when they are in a time of transition. This vision of the child Jesus might also speak to young people as they identify with or engage with social pariahs: the outcasts, the outsiders, and the others.

These reflections on Jesus' humanity also have theological implications, and, as a result, The Young Messiah raises the age-old theological question about what Jesus knew and when he knew it — in regards to his divinity — in very humble and open ways. When we see the young Jesus praying into the night sky to his Father, are we seeing his true humanity or his true divinity? Or do the two natures interact in that scene? Is the vulnerability of this young boy's body and faith evocative in any way of his divine nature?

Yet the film is not just about Jesus. Mary, Joseph, and Severus the Centurion play key roles in the story. Mary and Joseph both come to life in The Young Messiah in ways that are rare in most Jesus films. While the performances of Sara Lazzaro as Mary and Vincent Walsh as Joseph allow us to think about these two individuals in new ways, it is their pairing as Jesus' earthly parents that provides fresh insight into the story. Lazzaro reflects, "It's an archetype of parents trying to make the best decisions and taking care of children, but there's not a manual to be a parent."

Therefore, The Young Messiah provides talking points for parents to engage with each other and with their children. Questions and talking points might include:

Severus the Centurion, though a fictional character — not unprecedented in the history of Jesus movies — is both a narrative lynchpin and the point of entry to the story for most viewers as, through Severus, we hear about and track Jesus through him. Sean Bean, who plays Severus, says that his character is of importance to the story: "He sees Jesus and his family, he's out and about on the streets and the city all the time, and then he answers to Herod, who sits there on his throne surrounded by concubines and debauchery. Eventually, he has a big change of heart. He decides who he can be loyal to, and that's Jesus, ultimately. You could say he's the first convert to Christianity; he epitomizes that."

Severus' primary question is one of allegiance to the state, which raises potential questions for us as citizens of the world today:

The character of Severus and the transformation he experiences leads us to one final consequence of this faith-affirming film. In looking at this familiar story from a child's perspective and thereby offering a good starting point for conversations about Christ and faith, The Young Messiah offers viewers the opportunity to discuss how artistic license is used to create a feature film that can then lead directly to the Scriptures to read what the Bible says about Jesus and the faith that we have in him. As such, it can become a discussion starter for evangelism. Asking the question, "What do you think Jesus would've been like as a boy?" is a way to engage anyone in an initial conversation about Christianity. 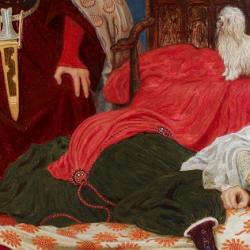 Afterlife: When the Science Spoke At Last to Me
Cassidy McGillicuddy
2 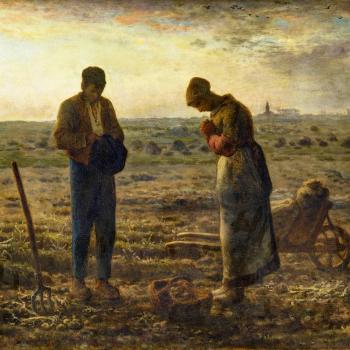 The Angelus is Calling
Kristin Wilson
4