Some may be quick to dismiss Guinness' proposal as naïve or utopian, but the author is very aware of the challenges, and he is aware of shortcomings of other approaches, such as academic papers, interfaith dialogues, and various civic activities (42). These responses, while conducted by sincere people wanting to make a difference in the world, fall short of having the power to do so. In particular, Guinness mentions common expressions of interfaith dialogue and cooperation, often characterized by a tendency to focus only on commonalities for the common good while excluding any discussion of difference or attempts at persuasion as out of bounds. The author sees these forms of dialogue as deficient. "Differences make a difference, both to individuals and to whole societies and even to civilizations. Those differences are important, and they have to be engaged honestly and debated fearlessly" (186). Guinness draws attention to helpful forms of dialogue, such as "A Common Word" among Muslims and Christians, but argues that dialogue alone "as the solution to diversity dies hard" (Ibid.).

Civility has been the focus of discussion within Evangelicalism in recent years, largely because of the work of Richard Mouw through his book Uncommon Decency: Christian Civility in an Uncivil World (IVP Books, 2010) and its application in Evangelical-Mormon dialogue. Guinness takes this further and addresses civility and its implications as a central element of his proposal. First, he responds to allegations that this involves cowardice as a preferred way for those who do not posses "a refined distaste for the nastiness of differences" (182). This is not the case for Guinness. Rather, for him civility "is a tough-minded classical virtue and duty that enables citizens to take their public differences seriously, debate them robustly, and negotiate and decide them peacefully rather than violently" (Ibid.). In addition, civility is not a "stand-alone virtue" that operates alone, but must be utilized as part of a broader agenda in the service of soul freedom for all. Finally, Guinness does not see a dichotomy between civility and contestation with others. For him, "civility and contest are real, robust and not opposites" (188).

Much of Guinness' discussion paralleled the concerns, perspectives, and approaches of the Foundation for Religious Diplomacy. In addition to advocating civility, working together as co-belligerents across religious and ideological divides, and emphasizing the significance of differences in our interactions, Guinness also shares FRD's recognition of the expansion, significance, and problem of the new public square. He recognizes the importance of "new technologies and social media" (48), which are so influential and formative that the "public square has morphed again through the power of the Internet and has gone from the physical to the metaphorical to the virtual" (55). This worldwide platform means that "...even when we are not speaking to the world, we can be heard by the world" (Ibid.), and this global platform is marred by the problem of increased incivility and "degrading rhetoric" from anonymous individuals (56). Guinness wonders whether we can "in the next twenty-five years forge a new understanding of what it means for global citizens to debate other global citizens in a manner that the issues deserve..." (56)

I believe that we can and will forge a new understanding and habit of the heart. FRD is putting into place the resources that directly address these challenges, such as The World Table (TWO). TWO is a new online forum that will fundamentally change the way we interact online, and beyond. It is a place for people interested in having real conversations about things that really matter. Members at TWO can post content to their Table from around the web and rate and discuss the behavior of media personalities, politicians, religious leaders, and others, share tables with other members, and start discussions and ask honest questions about anything. Currently undergoing beta testing, TWO draws upon the principles of social psychology in order to transform behavior and improve the way in which we engage each other. TWO is but one tool of FRD that also includes the work of its chapters in various religious traditions. Through intra- and inter-religious efforts, I believe that FRD is doing work that will be instrumental in realizing the vision for soul freedom that Guinness sets forth.

Os Guinness has provided a real service in not only raising the issues of religious freedom and civility in diversity, but in also providing a proposal for addressing them. He risks being dismissed as setting forth mere hyperbole, but I believe he is correct to state that, "How we deal with our deepest religious and ideological differences in public life will be a defining issue for the future of mankind" (25). This book needs to be read and discussed widely. It is my hope is that Evangelicals will join Dr. Guinness in wrestling with the challenge of religious freedom, diversity, and civility, and be willing to link arms with other religionists and secularists in navigating a way forward in a new public square. 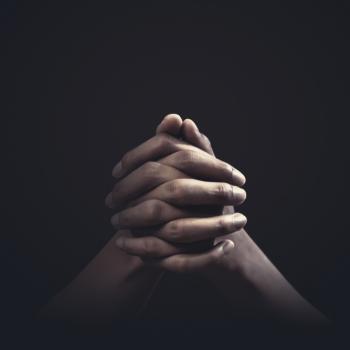 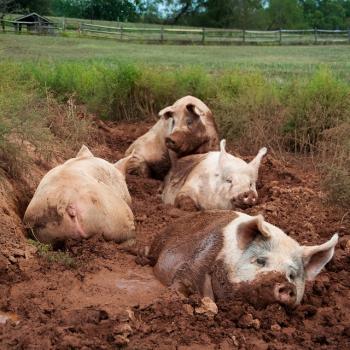 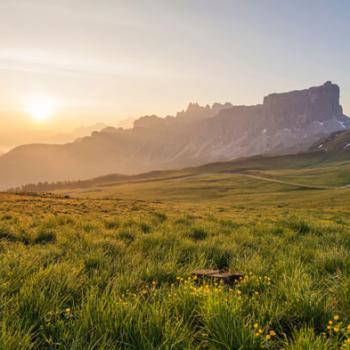 Be Careful What You Put Your Hope in, Including Politics
Randy Alcorn
Get Patheos Newsletters
Get the latest from Patheos by signing up for our newsletters. Try our 3 most popular, or select from our huge collection of unique and thought-provoking newsletters.
From time to time you will also receive Special Offers from our partners that help us make this content free for you. You can opt out of these offers at any time.
see our full list of newsletters
Editor's picks See all columnists