Christian Zionism III: Is It Unethical?

Editor's Note: Read Part One and Part Two of this series on Christian Zionism here and here.

One Part of the Land: The West Bank

Should Christian Zionists support the continued occupation of the West Bank? The latter has become a flash point for debates between Zionists and anti-Zionists. While it is impossible to do justice here to anything close to a full examination of the issues, I will focus on the oft-made claim that Israel's continued occupation is a violation of international law—specifically UN Resolution 242.

According to this resolution, Israeli withdrawal was to take place in the context of mutual recognition of the right to exist and territorial adjustments to achieve secure boundaries. Withdrawal was ordered from "territories," not "the territories." Both Arthur Goldberg and Lord Caradon, the primary authors of this resolution, have said that the word "the" was purposely omitted because it was not intended for Israel to give back all of her territories, since they recognized that some were needed for secure boundaries.

Despite the fact that most Arab states have refused to recognize Israel's right to exist (a condition of Resolution 242), Israel has implemented the principles of the Resolution three times. When Egypt terminated its claims of belligerency in 1979, Israel returned the Sinai. When Jordan signed a peace agreement, Israel returned land claimed by Jordan. Then in September 2005, Israel unilaterally withdrew from Gaza, only to be met with new attacks on her civilians launched from that territory.

The charge of illegal occupation must therefore be rejected. Israel has made repeated efforts to comply with UN stipulations for the territories, while its Arab neighbors have not.

When the Palestinians appeared to accept Israel's right to exist during the Oslo negotiations, Israel turned over control of major West Bank cities to the Palestinian Authority (PA). But when the PA showed support for terrorist attacks on Israeli citizens in 2000, Israel resumed control of those cities. In that same year Israel offered to return 92 percent of the West Bank, which some dismiss as ungenerous because, they claim, Israel never owned the land in the first place.

Yet Jews have lived in ancient Samaria (the West Bank) for over three thousand years. Jordan unilaterally renounced all claims to this area in 1988 and released legal ownership to the Palestinian Authority, through Israel, at that time. Many anti-Zionists suggest Jews should remove all settlements from the West Bank, leaving it entirely for Palestinians—Judenrein. That would be as unreasonable as insisting that no Arabs can live in Judaea. Besides, what other country has been required to give up land that it won in a defensive war? Do Germans displaced from Koenigsberg clamor and agitate for that German city to be returned to them by the victorious Russians?

Critics of "the occupation" also claim the settlements in the West Bank violate Article 49 of the Fourth Geneva Convention. This is ironic because this Convention was adopted to prevent crimes like the Nazi deportation of Jews to death camps. The Article prohibits "individual or mass transfers, as well as deportations of protected persons from occupied territory to the territory of the Occupying Power or that of any other country, occupied or not." But no Israelis are being deported against their will—they are moving voluntarily; nor is any Palestinian Arab being deported or transferred. And legal settlements, which are on only 3 percent of the West Bank, were bought from Arabs by agreement with Arabs.

Besides, the Article refers to a "High Contracting Party" with a sovereign claim to territory. The West Bank is not the territory of a signatory power, but, as Eugene Rostow stated in an article in 1990, "an unallocated part of the British Mandate." The "green line" that determines important boundaries of the West Bank was simply the cease-fire line at the end of the 1948-49 war between Arabs and the new Jewish state. The Armistice Agreement of 1949 stated that the demarcation lines were "not to be construed in any sense" as "political or territorial boundaries." True boundaries would be made only with "the ultimate peaceful settlement of the Palestine problem."Jordan's annexation of the West Bank in 1950 was widely regarded as illegal, even by the Arab League; Jordan withdrew from its occupation only after attacking Israel in 1967 and being defeated. During those seventeen years of Jordanian occupation, Jews were banned from living on the West Bank, which was a violation of the terms of the Mandate for Palestine adopted by the League of Nations in 1922. 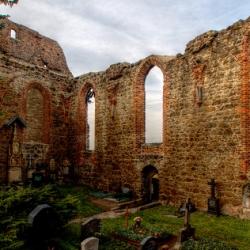 A Theology of Joy--- Wright and Wolf
Ben Witherington
4 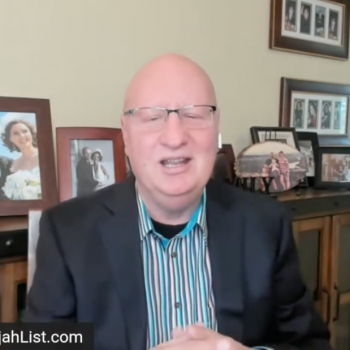 Christian Minister Gives God Credit for Vibrating Poster Caused by A/C Unit
Hemant Mehta
Get Patheos Newsletters
Get the latest from Patheos by signing up for our newsletters. Try our 3 most popular, or select from our huge collection of unique and thought-provoking newsletters.
From time to time you will also receive Special Offers from our partners that help us make this content free for you. You can opt out of these offers at any time.
see our full list of newsletters
Editor's picks See all columnists