As has been widely reported, Charles "Chuck" Colson passed away on Saturday, April 21, at the age of 80. Since that time, numerous reports, stories, comments and tributes have been offered. I, too, have shared comments about the life and contributions of Chuck Colson to several news outlets. Most of the tributes have focused on his dramatic conversion, his life-changing work among prisoners along with the worldwide influence of Prison Fellowship, his vital role in bringing Evangelicals and Catholics together, his significant voice in the public square, and his remarkable role as evangelical statesman. Like many others, I knew of Chuck Colson in all of these roles.

Through the years most of us had come to know this great leader through his prolific writings. We were introduced to the heart of this statesman through Born Again (1976) and Loving God (1983). We learned of his vision for tough-minded Christianity in Kingdoms in Conflict (1987) and Burden of Truth (1998). His invitation to join him in the work of Christian worldview thinking was issued in How Now Shall We Live (1999), which was amplified in a variety of forms, such as Justice that Restores (2001) and the Good Life (2005). The doctrinal foundations for all of his work were made known to us in The Faith (2008).

I, however, was also given a front row seat to get to know him through his dream for distinctive Christ-centered higher education.

About fifteen years ago, Chuck Colson became a special friend and a very public cheerleader for our work at Union University. The encouragement he offered to us in that role was similarly provided to many others in the Christian higher education world. For these efforts, he was named a Distinguished Senior Fellow for the Council for Christian Colleges and Universities. That organization recognized his leadership with their highest service award in 2001. Fifteen universities, including Union, honored him with an honorary doctorate. To say that Chuck was greatly esteemed by campus leaders across this country would be quite an understatement.

Colson called for administrators, faculty, and staff to develop a generation of students who could provide what he called "a backyard apologetic" for the sake of the gospel. We must, he urged, train the mind by inculcating truth and developing graduates who will go out and infiltrate the world with the love of Christ. Colson contended that true Christianity goes beyond John 3:16&dmash;beyond private faith and personal salvation. His vision for twenty-first century Christian higher education did not focus on new and novel ideas or enhanced and creative programs. Christian colleges and universities, he maintained, at this time in history need distinctively Christian thinking, the kind of thinking that results in changed lives, changed communities, and changed societies.

We received a great blessing from Chuck Colson and the Prison Fellowship Board in 2002 when the Charles Colson Chair of Faith and Culture was established at Union University. Other colleges and seminaries were blessed in other ways through the years. All of us were stirred in our souls to find the courage to not be satisfied with a good education merely covered with a layer of piety. Rather, the goal for Christian higher education, he contended, is to prepare young men and women for their chosen vocation in order to be salt and light in the marketplace, to become servant leaders and change agents in the world.

We were not only given a charge and an exhortation by our good friend and mentor, we were given a living example.

While we will greatly miss him and the vast influence that was his in so many different realms, we will seek to follow the model he left for us. As we give thanks on this day for the life and legacy of Chuck Colson, I pray that we will be found faithful to the lofty vision he left for us, a vision for "a backyard apologetic" focused on the renewal of the mind, the defense of the biblical worldview, and the fulfillment of the cultural commission, all for the glory of God and his kingdom. 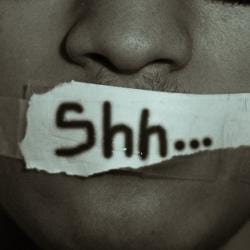 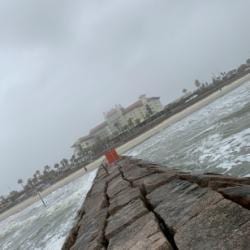 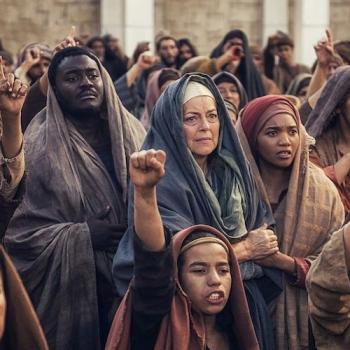 Roma Downey Has a Great Idea for a Potential 'Touched by an Angel' Reboot
DeWayne Hamby
Get Patheos Newsletters
Get the latest from Patheos by signing up for our newsletters. Try our 3 most popular, or select from our huge collection of unique and thought-provoking newsletters.
From time to time you will also receive Special Offers from our partners that help us make this content free for you. You can opt out of these offers at any time.
see our full list of newsletters
Editor's picks See all columnists