Why This Conservative Evangelical Counter-Cult Expert Will Vote for Romney

Many conservatives (Christian or otherwise), me included, are disappointed that Mitt Romney will be the Republican candidate for President. They lament that a more principled conservative (such as Michele Bachmann, or, to a lesser degree, Rick Santorum) was not selected. Perhaps they stand for the libertarian principles of Ron Paul. Whatever the case, many will be tempted to not vote at all or to cast a protest vote. This is a deep mistake, based on faulty ideas about politics and the meaning of a political vote. In this short essay, I will labor to convince fellow conservatives, whether Christians or not, to support and vote for Mitt Romney for President. I have waited to endorse Romney until all the other competitors have been eliminated. I do not expect to convert political liberals to this cause, which would require much more argumentation. (For starters, see Erik von Kuehnelt-Leddihn's Leftism and William F. Buckley's Up From Liberalism.)

First, many demur from voting for Romney because of his less-than-stellar conservative bona fides. I share their concern. RomneyCare influenced ObamaCare, however much Romney now opposes ObamaCare. He has not always been pro-life, but now seems to be. One could go on. But we should remember that politics is not the church. It is the art of the possible. Often we must choose the lesser of two evils, which is also the evil of two lessers. We reside in a fallen world. Get over it. We should be romantic and optimistic in the primaries (as I supported Michele Bachmann, read her book, Core of Conviction, and contributed to her campaign), and then get realistic when things narrow down. You are not appointing a pastor but voting for a president. A vote is neither a letter of reference, nor an unqualified endorsement, nor an act of worship. A vote is the exercise of the franchise, one part you play in our Republican form of government. It is a right, a responsibility, and a privilege that should not be squandered.

Second, protest votes are pointless. Many say, "If my candidate is not the one, I opt out. I am above all that." This is wrongheaded. Protest votes send no message, except that you have robbed the better of the two candidates of a vote. Like it or not, we are stuck with a two-party system for the long haul. (On this, see Michael Medved's chapter on the failure of third parties in The Ten Big Lies about America.)  If you are a conservative, you vote for the more conservative candidate who can win, as William F. Buckley said.Writing in Michele Bachmann or Ron Paul does no good whatsoever—except to aid the Obama campaign.

Third, the essential principles between the two parties, however each candidate may vary from them, are sharply divided. Democrats support a larger government and heavier taxation and regulation. They view the Constitution as a wax nose they twist any way they want (progressivism), pit corporations and "the wealthy" against "the common man" (call it class warfare, a holdover from Marxism), and support a weakened national defense (the only area of the federal government Obama is trying to cut). They do not support religious liberty, and they are pro-abortion with a vengeance. Under ObamaCare, every American would be subsidizing the killing of innocent human beings with their own tax dollars. Ponder that, for God's sake. It denies the First Amendment (by requiring many religious people to violate their religious principles) and sets a dangerous precedent for state intrusion into matters of religious conscience. Further, the Democratic party in general, and now Obama very pointedly, do not respect heterosexual monogamy as the norm. They favor same-sex marriage, which is not marriage at all.

Republicans support smaller government, lighter taxation and regulation, a higher view of the Constitution as a body of objective truths to be applied rightly today, and the opportunities allowed by a basically free market. They advocate a strong national defense (or "Peace through strength," in Reagan's formulation) and are much more pro-life. This means a Republican president is far more likely to appoint Supreme Court justices who honor the Constitution and oppose Roe v. Wade; to appoint dozens of federal judges with great influence, all of whom are likely to have a high and proper view of the Constitution; and to use executive orders (whether or not they are constitutional; they probably are not) in the pro-life cause, such as refusing to give foreign aid in support of abortions abroad and refusing to fund abortions in the military. While there are exceptions, Republicans support the historical and traditional family. While they grant all citizens the rights enumerated in the Constitution, they do not support same-sex marriage.

Ravi Zacharias: I didn’t want it to be true. And that’s the problem
Justin Brierley
2 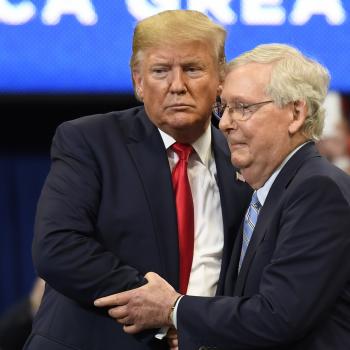 Did False Prophets Motivate Events at the US Capitol?
Guest Contributor
4 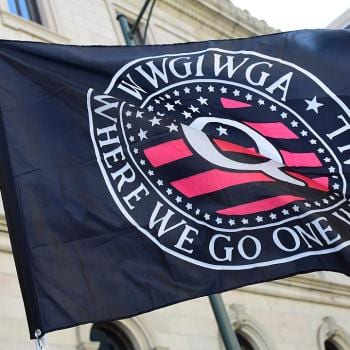 QAnon vs. Religion
Linda LaScola
Get Patheos Newsletters
Get the latest from Patheos by signing up for our newsletters. Try our 3 most popular, or select from our huge collection of unique and thought-provoking newsletters.
From time to time you will also receive Special Offers from our partners that help us make this content free for you. You can opt out of these offers at any time.
see our full list of newsletters
Editor's picks See all columnists