Did They Believe in Birth Control?

"Did they believe in birth control?"

Always an awkward question, when asked about your grandparents. I was a sheltered high school student when the question first came. The conversation had started innocently enough. Terri was one of the real estate agents where I worked and she had simply asked me about my holiday plans. I planned, as usual, to spend the holidays with my mom's extended family. Mom was the tenth of sixteen kids. (Yes, same marriage, and only one set of twins.) This meant that I also had over fifty cousins. It was "normal" for seventy-plus relatives to cram into my Uncle Adrian's home for Thanksgiving and Christmas.

As a kid, I liked to brag about my enormous family. It was a wow-point, for a rather shy and normal girl like me. No, my family wasn't Catholic. They were Dutch Protestants (and what did that have to do with anything). Did they believe in birth control? I had never, ever thought to ask them. Seriously . . . ever. Grandpa was an inventive, poetic, and sometimes gruff Marine who had served in World War II. Grandma was always busy making food and hugging grandchildren. It was like I was being asked, "Which one of your aunts was an accident?" Or, by extension, "Which cousins could you do without?" Life with my grandparents never left much time for such speculation. There was grandpa's printing press or newly invented back-saving snow shovel to explore. There were watermelon seed-spitting contests to win. There were rowdy pool fights to start.

I knew that life in such a large family wasn't easy. At times, Grandpa had had to work three jobs. Grandma spent nearly twenty years pregnant. Children would share beds and dressers and clothes. At times, they would essentially parent each other. But neither my grandparents nor their kids resented the dimensions of their family. My grandpa's maxim? "There's always room for one more."

The large Dutch family stuck out in the diverse and busy Clifton, New Jersey neighborhood. And they got flak for it—occasionally attracting nasty letters to the editor that accused them of recklessly over-populating the world.

My grandparents had, it seems, bucked the spirit of the age. In 1968 (about the time my grandma was expecting her fourteenth child), ecologist and demographer Paul Ehrlich wrote the best-selling book, The Population Bomb.

Ehrlich predicted that the world's population would double by 2000. On that count, he was more or less correct. But Ehrlich also predicted that the world's standard of living (GDP per capita) would plummet dramatically and that swaths of the country's population would be starving in the streets. On this point, Ehrlich was monumentally misguided. By 2000, the average standard of living had tripled.

In his recent lecture, "Merchants of Despair and Anti-humanism," Robert Zubrin explored the Ehrlich's elaborate falsehoods,

... everybody's got the right to be wrong about the future. But he was also wrong about the past, because if Ehrlich's theory that human well-being was inversely proportional to human numbers were true, then people should've been much richer in the past than they were in 1968.

Ehrlich's argument was counterfactual, even when he made it. And it is that very same counterfactual and dire forecast that has informed legislative efforts to set up a bureau of population control and motivated demographers to suggest a one-child policy (a policy that has tragically been forced upon the Chinese population).

But why was Ehrlich wrong? Zubrin explains that,

Ehrlich, it seems, had understood human beings primarily as consumers—a veritable cancer upon the earth, rather than cultivators—creative, productive, and innately precious. Throughout his lecture and eponymous book, Zubrin explores the tentacles of Ehrlich's misguided predictions and the implications of this anti-humanism. 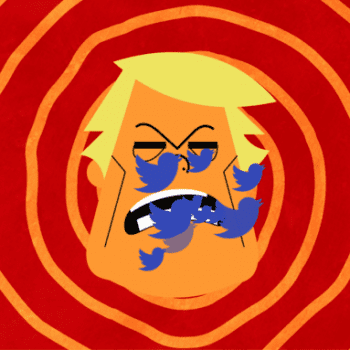 “Unfit”: Trump’s Psychopathology, Why It Matters, and What We Should Do About...
Andrew Spitznas
2

Liberty U. Seriously Asked Students What Class They're Most Excited About...
Hemant Mehta
Get Patheos Newsletters
Get the latest from Patheos by signing up for our newsletters. Try our 3 most popular, or select from our huge collection of unique and thought-provoking newsletters.
From time to time you will also receive Special Offers from our partners that help us make this content free for you. You can opt out of these offers at any time.
see our full list of newsletters
Editor's picks See all columnists