Does God Want America to Fail?

Although none of us can pretend to know the depth and breadth of what God wants, there seem to be a lot of folks today making assumptions about it. Many of them are Christians, who survey the dissolution of our moral culture and proclaim that we are headed for a fall. God can't work with us anymore. We have simply become too depraved: too focused on greed, sloth, lust — indeed, all of the seven deadly sins. Whether we are mean-spirited, slack, or feckless, our condition is irredeemable. Our only option is to hit rock bottom in some spectacular way, and hope that those who are left can claw their way back out of the wreckage.

Frankly, I can't go along with that. Make no mistake: I see the ruin too. I believe the same things are wrong, and that America and the entire West have turned to a prideful fantasy of self-sufficiency. It is no surprise that this mindset leads us into pessimistic dead ends, with our narratives tending to invoke doomsday scenarios, and even public policy being made as if those narratives were valid.

But I also believe, with Abraham, that God will spare a great city, even if it is steeped in vice, for the sake of no more than ten righteous men — if one righteous man asks Him to (Genesis 18:22-32). I believe that God has compassion on His people and remembers His promises when we call them out in faith. I believe that when Jesus said, "It is finished" (John 19:3), it was — and our hearts no longer need to crave the catharsis of sacrifice for sin, because the only sacrifice needed is perfect and complete.

"I desire mercy, not sacrifice," God said through the prophet Hosea (Hosea 6:6; direct quotations NIV). "To obey is better than sacrifice, and to heed is better than the fat of rams." (I Samuel 15:22) A people obsessed with punishment and sacrifice for the evils of the past is of little use. Many individuals know from their own lives that the corner is turned not when we regret the past but when we learn to live differently in the future. We hear little in the gospels about John the Baptist and the great movement of repentance that he led — and I find that to be important and informative. Repentance is a beginning, not an end, and what matters to all the days of life on earth is what comes after it.

That's what the gospels dwell on: how Jesus, who needed no repentance, modeled the post-repentance spirit. He walked among men, showing them love and compassion. He taught them, ate with them, joined in fishing and carpentry with them. When he healed and forgave them, they were promptly healed and immediately forgiven. Their burdens were lifted. They were released from condemnation; they wanted to live differently because they were different. They didn't have to stand in a line and wait to be hopeful and inspired, or suffer further in order to merit a better future.

Imagine if we trusted God to have the same effect on others that He has had on us. Imagine letting God help others overcome their faults, and accepting that He has released them from condemnation. When God presents us with the choice to agree to redemption, He calls us with light, hope, grace, and assurance. Instead of guilt, documented and filed for quick retrieval, He "remembers our sins no more" (Isaiah 43:25) and gives us something marvelous to aspire to.

Suppose we were to pray, not that the selfish might get what they "deserve," but that none of us would be condemned in that way, and that the hearts of all of us would be changed for the better. Suppose we wanted the lazy to have rewarding work, the lonely to be surrounded by friends, the fatherless to have faithful fathers, the despised to be respected, the unloved to be loved. Would America be a better place under those conditions? Suppose we asked God for them?

We can't bring these things about in our own power, after all. We are earthly agents for a power that comes from God, and must be directed by Him. We have to let God lead us if we are to say and do what is effective, while being respectful of others. If we do let Him lead us, He will lead us to encourage each other: to see opportunity rather than an evil fate, and the possibility of redemption rather than condemnation. If we live as if we see redemption, then condemnation is no longer what motivates or defines us. We are defined instead by the infinite possibilities of grace. The more attuned we are to the Spirit of God, the more we want this for everyone.

I used to think of myself as an "Isaiah 40" person. Perhaps some readers know what I mean by that. "Comfort, comfort my people," go the opening lines of that beloved chapter. We are comforted by the promises: that our "hard service is completed" (Isaiah 40:2), and that "the rough ground shall be made level and the rugged places a plain" (Isaiah 40:4). "Those who hope in the Lord will renew their strength," says verse 31. "They will soar on wings like eagles; they will run and not grow weary, they will walk and not be faint." 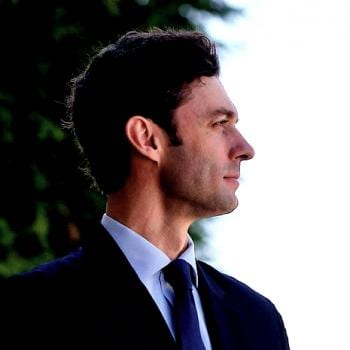 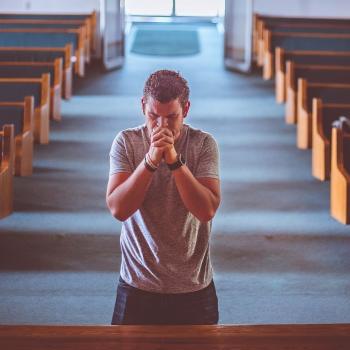 Does "Getting Saved" Stunt Our Spiritual Growth?
Jason Elam
Get Patheos Newsletters
Get the latest from Patheos by signing up for our newsletters. Try our 3 most popular, or select from our huge collection of unique and thought-provoking newsletters.
From time to time you will also receive Special Offers from our partners that help us make this content free for you. You can opt out of these offers at any time.
see our full list of newsletters
Editor's picks See all columnists