What's a Christian to think about drone warfare—in particular, prosecuting the War on Terror with the use of drones to kill terrorists abroad?

It's a tough ethical question for people of any faith, or for atheists and agnostics, for that matter. Pundit Glenn Greenwald raised the question anew last Tuesday, when he excoriated a proposal to award the military's drone operators a new "Distinguished Warfare Medal." Patheos' own Leah Libresco—geeky convert picking fights in good faith—took issue with Greenwald's characterization of drone operators as "safe," but ultimately echoed his concern about awarding medals for this particular kind of operation.

It's worth briefly looking at their objections, because the points they raise are evocative of the new and ambiguous nature of the drone operator's role. Trying to fit the drone driver's situation into traditional ideas about warfare doesn't work, and that's emblematic of the whole topic.

As a veteran, I do discern one distinction I don't think the other writers do. The proposal in question is not for a medal commemorating "valor." That's not what drone operators would be commended for. According to the original story in The Washington Post, the Distinguished Warfare Medal would "rank between the Distinguished Flying Cross and the Soldier's Medal for exceptional conduct outside a combat zone" (emphasis added). The conduct commended at this level of award can be praiseworthy in many ways, but the idea of "valor" is reserved for combat awards, and occasionally for other situations in which the awardee was in peril and showed unique heroism (e.g., a nurse awarded the Silver Star for heroism under attack, even though she was not acting in a combat role).

The striking of a new medal would reflect, in fact, that the drone operators' situation doesn't fit the context of the awards for valor in combat (the service crosses, the Silver Star, the Bronze Star). If drone operators are to have an award for exceptional performance in a wartime role, it will have to be a different one.

Leah Libresco's point that the drone drivers can suffer mental stress is undoubtedly valid, but we don't award performance medals for that. If it is approved, the Distinguished Warfare Medal will be a performance medal.

Her other point, however, gets to the heart of the matter. If a "warfare" medal is awarded for the outstanding operation of drones, it will, in effect, be awarded—at least in the current war—for killing terrorists.

This perspective frames the whole issue usefully for discussion. We can actually be said to have given combat awards all along for "killing the enemy." "Taking out" a machine-gun nest in World War I was pretty much a matter of killing all the Germans who manned it. But we didn't commemorate it in those terms, and we had good reason not to. For a very long time, the Western way of war has perceived battlefield killing as necessary for achieving military objectives that advanced our fortunes in battles and campaigns, saved lives in combat on both sides, and ultimately secured what military writer Basil H. Liddell-Hart called "a better peace."

That mental concept of the meaning of an armed fight was by no means a form of excuse or self-delusion; it carried a promise of accountability. The killing had to do what it was supposed to do: make the battle go better, and hence the war and the ensuing peace. This was the compact of the political leadership with the people, who did the fighting. Award citations derived their perspective from these latter factors, rather than from the deaths of the enemy combatants. (The closest the American government has come to breaking its compact with the people in this regard was probably the Vietnam War.)

Killing terrorists with drones is outside of our mental concept of battlefield necessity (and certainly outside the construct of valor), especially for Americans living our daily lives here in the United States. Our troops in Afghanistan may see it somewhat differently, understanding that the next weird object lying in the road, which could be the last thing they see, will be implanted by a terrorist who could have been hunted down and removed from the fight with a drone strike.

What's missing, however, is the viscerally felt connection between that terrorist and a battle with a tangible, measurable objective—and ultimately, between today's terrorist and the course of the war. In a war of territory, battlefields, and centralized political will, the significance of every machine-gun nest is obvious. But that's not the kind of war we are in. 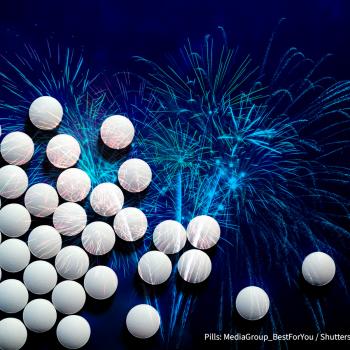 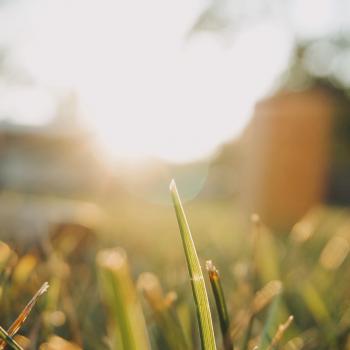 McCarrick Report: It's Not a Few Bad Priests. The Church Itself is Corrupt.
Rebecca Hamilton
Get Patheos Newsletters
Get the latest from Patheos by signing up for our newsletters. Try our 3 most popular, or select from our huge collection of unique and thought-provoking newsletters.
From time to time you will also receive Special Offers from our partners that help us make this content free for you. You can opt out of these offers at any time.
see our full list of newsletters
Editor's picks See all columnists