In another example, when dialoguing with a Latter-day Saint (popularly known as a Mormon), traditionally an apologetic approach is utilized which contrasts heresy with Protestant biblical orthodoxy. Apologists might reconsider whether a strong hermeneutical apologetic is appropriate in this context. While fidelity to Protestant biblical orthodoxy is of great importance to Protestant apologists, Latter-day Saints are more concerned with an epistemology of feelings where truth is determined by subjective experience. A contextualized and reformulated apologetic response would attempt to draw upon personal testimony and the language of experience in communicating the gospel and biblical truth, and in doing so in connection with points of contact to Mormon culture, such as ethics, sacred narrative, and ritual. The apologist interested in utilizing apologetic methods appropriate for differing contexts will be sensitive to the need to formulate a "receptor oriented" apologetic for their cultural frame of reference.

Netland has also noted that Western theology has come under increasing criticism in the non-Western world where apologetics has been understood as either counter-productive or irrelevant. Sympathetic to non-Western concerns in theology, Netland argues that if "properly construed, apologetics is ancillary to evangelism and is unavoidable in effective proclamation of the gospel." Even so, Netland also states that adopting Western apologetic methods in non-Western contexts is inappropriate. As the world continues to develop under the influence of globalization, Western theology and apologetics will have to adapt in order to be relevant to the concerns and challenges of the two thirds of the world that is non-western. A globally-informed apologetic is also relevant in the pluralistic West. With the increasing influence of non-Christian worldviews in Western nations, only an apologetic that reflects contemporary global concerns will speak with relevance.

In meeting the challenge of a new century, apologists might also consider rethinking the appropriate role and place of apologetics in Christian discipleship. Certainly the use of apologetics needs to be expanded in Western culture, yet when apologetic methods are utilized many times the defense of the faith becomes an end unto itself. When this happens the apologist is prone to a defensive self-identity wherein the refutation of false thinking is seen as the primary reason for ministry.

Gordon Lewis, a prominent apologist from previous decades, has commented on this mentality in apologetics applied to new religious movements. He notes that, curiously, apologists working in the field of new religions envision their calling as a "counter" to various heresies, yet missionaries to world religions would never characterize their ministries as "counter-Buddhist" or "counter-Muslim." Lewis suggests that the remedy for this situation is for a new conception of Evangelical ministries to new religions. This new conception is not primarily apologetic or "counter-cult," but rather a positive and pro-active sense of frontier missionaries to unreached peoples in alternative spirituality. This new conception for apologetic ministry will only be possible to the extent that we recognize that apologetics is not an end unto itself, but is a tool that is ancillary to the missions and evangelism calling of the church.

What some apologists should reflect upon is the need to distinguish between simply answering doctrinal problems (like refuting heresies) and the processes involved in proclaiming the gospel and making disciples. The refutation of someone's beliefs does not equate to evangelism and contextual mission. A negative debunking of heresy is not synonymous with missions. Missions involve understanding a culture, the people's beliefs and practices, and the questions and issues with which these people wrestle. To refute a person's beliefs is scarcely the equivalent of encompassing all that a missionary must do. Apologists need to embrace and apply the principles of cross-cultural missions in their work. Missions and apologetics are not antithetical, but can be used in a harmonious way to proclaim and commend the gospel and to nurture new disciples in Christ. Dealing with doctrinal objections then has its place, but it does not constitute the whole picture. If we can grasp a sense of ourselves as missions apologists this might be a prescription for a healthy apologetic agenda in the 21st century.

As traditionally formulated, Western apologetics has tended to be primarily the presentation of rationalist arguments. But a purely or largely rationalist approach to apologetics is neither faithful to the biblical example, nor appropriate in many segments of Western culture. David Wilkinson, an apologist with the University of Durham, notes that in Jesus' encounter with the Samaritan woman he did not merely present a series of rationalist arguments. Rather, he engaged her imagination in conversation (Jn. 4:1-15). Wilkinson believes that a reformulated and relevant apologetic for the 21st century will be winsome and diverse, incorporating not only logical arguments but also "narrative, image, poetry, dance, music, and parable." Wilkinson suggests that the apologist's self-conception as artist in addition to scientist or lawyer is crucial to the success of contemporary apologetics that seeks to be culturally relevant. 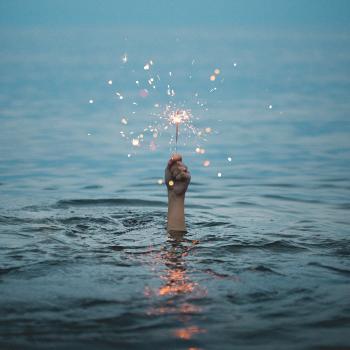 Deepak Chopra on How to Survive Election Week
Tom Rapsas
3 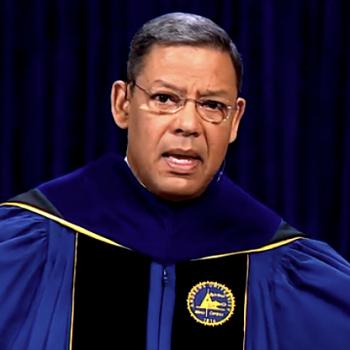 Seventh Day Adventists have a tithing problem. Will they survive?
Barry Duke
4

Poll Analysis: Clinton vs Biden in Swing States; Grassroots Texas
Jonathan MS Pearce
Get Patheos Newsletters
Get the latest from Patheos by signing up for our newsletters. Try our 3 most popular, or select from our huge collection of unique and thought-provoking newsletters.
From time to time you will also receive Special Offers from our partners that help us make this content free for you. You can opt out of these offers at any time.
see our full list of newsletters
Editor's picks See all columnists