Interfaith and Religious Difference: A Dialogue about Dialogue

I greatly appreciate the interfaith work of Eboo Patel. He created the Interfaith Youth Core, and has helped put interreligious dialogue on the table for college and university students. His work, coupled with his dynamic personality and public speaking ability, has attracted national attention, to the point of having a relationship with President Obama. As my review of his book Sacred Ground: Pluralism, Prejudice, and the Promise of America indicated, there is much of value in his interfaith dialogue efforts, and there is a significant amount of overlap in our approaches to bringing members of different religions together. Last November I was fortunate to be a part of a conference call with him as we discussed the possibility of cooperation between IFYC and the Evangelical Chapter of the Foundation for Religious Diplomacy to equip Evangelical university students.

But despite our areas of agreement, there is also room for disagreement, and the need for dialogue about dialogue. In a November 30, 2007 episode of Religion & Ethics Newsweekly, Patel was featured where he discussed his work. Toward the end of the program it was noted that IFYC does not include discussion of religious truth claims. Here is a portion of the transcript with the narrator and Patel:

Valente: Today's youth are connected. They interact as never before, says Patel. But he is determined to keep some space between the public side of faith traditions and the private side.

Dr. Patel: One of the reasons we don't talk much about prayer or questions of salvation at the Interfaith Youth Core is we believe those are part of the private dimension. But the public dimension is, what can we do together? And that, I think, all religious communities can profitably be a part of. In fact I'm convinced it strengthens religious identities.

This does not mean that Patel advocates the abandonment of one's religious truth claims, or embracing some kind of transcendent universal religion beyond its expressions in the world's religions:

Valente: To those who argue that accepting the truth of another religion means abandoning one's own truth, Patel acknowledges there are limits to interfaith dialogue. But, he says, that doesn't have to limit cooperation—that the Interfaith Youth Core is about earth, not heaven.

Dr. Patel: To teach your child to only be a Muslim in Muslim spaces or only a Christian in Christian spaces means in a way that you're teaching them a religious identity that is relevant to only a very small part of their lives, because the vast majority of their lives in the 21st century are going to be lived in interaction with others.

But even with these clarifications, I find this aspect of Patel's approach to interfaith work problematic in several areas.

First, he seems to have embraced ideas that arose out of the Enlightenment's critique of religion and secularization theory that religion would, and perhaps even should, involve a marginalization and privatization of religion to the personal sphere in many ways. This is in contrast to the public square, which is secular. But the idea that there should be a sharp dichotomy between the private and the public spheres of religion is questionable and open to critique. Given that the private sphere of faith is the foundation and perhaps motivating force for the public aspects of interfaith activities, shouldn't the private aspects be a major part of interreligious relationships and conversations? Patel seems to have given too much space to the private sphere that can undermine efforts in the public.

Second, Patel is inconsistent in what he is advocating. On the one hand he argues for an approach to interfaith encounters that places a wedge between the private and public aspects of religious faith, with the emphasis coming down on the public as people work across religious traditions for the common good. But on the other hand Patel seems to acknowledge that religious adherents should not relegate their faith to religious spaces. This is at best an inconsistency, and at worst a contradiction. 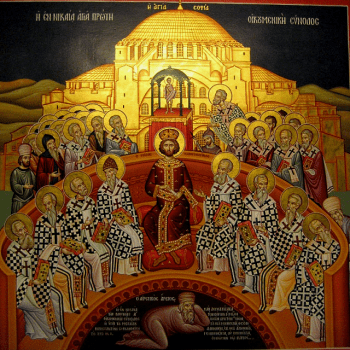 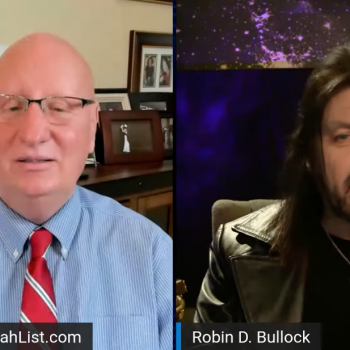 Evangelist: Your Circumcised Tithes Will Protect Your Family from a Faulty...
Hemant Mehta
4

My list of four basic books to strengthen faith
Dan Peterson
About
Get Patheos Newsletters
Get the latest from Patheos by signing up for our newsletters. Try our 3 most popular, or select from our huge collection of unique and thought-provoking newsletters.
From time to time you will also receive Special Offers from our partners that help us make this content free for you. You can opt out of these offers at any time.
see our full list of newsletters