I'm writing to express personal support for you as you extend yourself in the public sphere, defending Exodus' change of position, and explaining your personal journey. I watched you on MSNBC and read The Atlantic interview, expecting ignorant inquiries delivered with a mocking tone. I was pleased to see secular journalists engaged you with intelligent preparation and a tone of respect, at times tinged with incredulity.

The onslaught is coming, instead, from your fellow Christians. Christianity Today published four articles, all of which slam your point of view. These critiques deserve to be heard, but they should have been balanced with words from an Exodus board member, describing why Exodus keeps you in leadership, or perhaps a story from a same-sex attracted Christian who has found hope and spiritual growth from your teachings. Thankfully, they've printed your response, which is a simple and lovely reminder of God's abundant grace.

The headline of the first article is alarming: "Exodus International's Alan Chambers Accused of Antinomian Theology." Along with 98% of American Christians, I don't even know what antinomian theology is, but it sounds pretty bad. On closer inspection, it seems that Dr. Robert Gagnon posted a 35-page diatribe on his website (several sentences of which acknowledge Chambers as a nice guy, and wish the best to his ministry). Chambers stands "accused" by one man who self-published his view. It's certainly worth considering the views of a professor who has invested so heavily in these issues with scholarship and advocacy, but still, this view could be set in the context of many other theological and practitioner voices.

The second article, by Michael Horton, accuses you of cutting Christ to pieces, which is such a disturbing metaphor I can't bear to comment on it. The third, by Ben Witherington, says that your theology is a recipe for disaster. Witherington stretches your comment that same-sex behavior "does not interrupt your relationship with God" far beyond its original context. In responding to the perception that Christians believe gays must go to hell, you said there is no behavior that can sever a person's relationship with God.

The two central issues, as I see it, are these: you say reparative therapy isn't all it was cracked up to be, and you say that people who engage in same-sex sex can have a real relationship with God. I've connected with local Exodus ministries, and attended some national conferences, for about twenty years. Early on, I heard triumphalist uplift of a therapeutic approach that sees same-sex orientation as a sexualization of unmet needs between a person and their same-sex parent. By the late 1990s, I heard of Exodus leaders turning back to gay lives, and heard committed Exodus folks admitting that they live with a degree of ongoing same-sex attraction. Recently, Stanton Jones and Mark Yarhouse studied ex-gay outcomes, concluding that sexual attraction does sometimes shift from mostly same-sex to mostly opposite-sex, but for a small minority of those sincerely seeking change. I worried that Exodus would just continue to beat the reparative therapy drum, but am thrilled to see it learning from the experiences of its individual members and its member organizations, and its receptivity to scientific findings.

The drum I hear beating in Exodus and in your words, irrespective of social and scientific changes, is that of God's love and grace. You said in The Atlantic interview that "We're here to support people who are in conflict at the place where their attractions meet their faith... But we have a conviction that same-sex sexual expression is incompatible with a healthy Christian sexual ethic. It's not that we don't have attractions. It's just that we have a priority higher than our sexual orientation." You're helping people orient not just their sexuality, but their lives, around the love of God. You're offering practical ideas about how some with same-sex attraction can thrive in opposite-sex marriages, or in celibacy, or can stay in relationship with God even when they choose same-sex relationships. Exodus may even be moving toward the leading edge of evangelicalism engaging with LGBTQ life (seen in the work of Wendy Gritter, Andrew Marin, and Justin Lee)—the work of healing, relationship, and reconciliation.

Even more poignantly than your theology (which, it seems to me, is more practical theology for living, and less seminary theology for debating), you share your personal journey, including how your sexuality works out in your marriage. I can imagine a Christian with same-sex attraction hearing or reading your story and finding hope—that God doesn't hate them, and that their future may include happiness and loving relationships. Such sincere and honest communication is a lifeline to suffering people. It's sacrificial and vulnerable to offer not just ideas and programs, but your very life, to others. It's even more risky to do so in such a public way. If the church writ large is unable, in the midst of theological disagreement, to offer encouragement to one of its own who takes huge risks for the sake of proclaiming the Gospel, I really hope you have a strong circle of support in your local context.

Don't let the theologians get you down! Your work matters to so many people. I don't know you well on a personal level, but I remember meeting you briefly at a conference. People are often distracted at conferences, scanning the room for a more interesting person, but you greeted me with total focus. You gave me a big hug and some words of encouragement, and I walked away thinking, "Wow, that guy has a lot of love to give." Your journey has yielded true love and real grace that is nothing but a gift to the church and to the world. 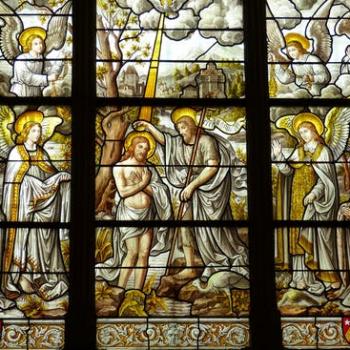 Church Fathers, Trinity, And The Passing On Of Tradition
William Hemsworth
2 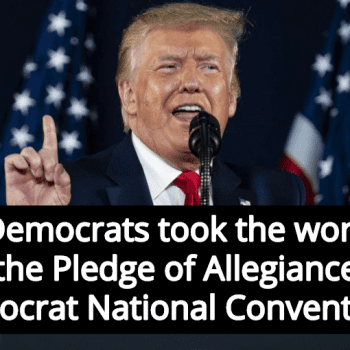 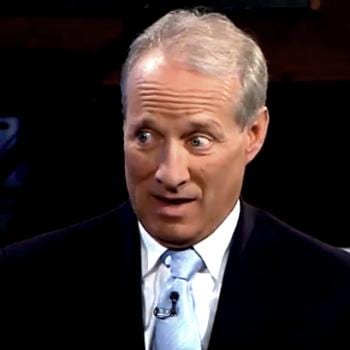 Faith-based custom stamps 'unsuitable for all ages and audiences'
Barry Duke
Get Patheos Newsletters
Get the latest from Patheos by signing up for our newsletters. Try our 3 most popular, or select from our huge collection of unique and thought-provoking newsletters.
From time to time you will also receive Special Offers from our partners that help us make this content free for you. You can opt out of these offers at any time.
see our full list of newsletters
Editor's picks See all columnists