Doctrinal components of Reformed and Presbyterian theology, specifically those of covenant and antinomy—the Reformed belief that what might appear to be contradictory is in reality not so—also held "deep meaning" for Wilson and framed his understanding of presidential responsibilities. Most importantly, Magee argues that Wilson's foreign policy idealism flowed directly from the Reformed doctrine of covenant. To Wilson "bringing the world into a covenantal pattern was the purpose that directed all of human history."

Furthermore, Wilson saw the world as divided into two camps: those who served "the good purposes of God" and the "evil opposition" who sought to thwart God's purposes. Indeed, Wilson's explicit use of religious language is astonishing to our contemporary ears: "The field of battle is the world. From the abodes of righteousness advances the host of God's people under the leadership of Christ." Or these words: "There is a mighty task before us and . . . [it] is to make the United States a mighty Christian nation, and to Christianize the world." This unequivocal moral vision and sense of destiny goes a long way in helping to explain the uncompromising moralism that characterized Woodrow Wilson's foreign policy and proved so aggravating, even maddening, to Wilson's political contemporaries at home and abroad.

True to his theological commitment that Christianity is a full-orbed faith allowing no bifurcation between the secular and sacred or the personal and public, Magee writes that Wilson's 1913 Presidential inaugural address "spoke to the nation as a Presbyterian minister's sermon might speak to his congregation." Wilson's first foreign policy test came shortly after his inauguration when a destabilizing civil war in Mexico threatened American investments. Magee writes that the Mexican crisis "was a demonstration of how Wilson's application of antinomy to foreign policy decision making worked."

Specifically, "[he] developed his thinking about intervention in foreign countries in a manner consistent with the way he balanced historical contradictions the country had already faced in international politics." And, as would be the case after America entered World War I, Wilson was guided in his actions vis-à-vis Mexico by the belief—in Magee's characterization—that "a righteous cause would have unintended righteous, and providential, consequences."

Magee also emphasizes that Wilson's foreign policy was highly personalized. Wilson made no Niebuhrian distinction between "moral man" and "immoral society." Rather, Wilson tended to personalize all human problems, including those of international politics. To Wilson, the crisis in Mexico, like the First World War a short time later, "were just personal human problems writ large." While this logic made sense to Wilson, Magee goes on to point out that by personalizing foreign policy and cloaking it in the language of morality he generated "a greater hatred of his policies" than would have been the case had his foreign policy been grounded in more traditional considerations of national interest.

Following the traumatic loss of Wilson's wife, Ellen, in August 1914—the same month that saw the start of The Great War—Wilson's penchant to personalize the actions of nation states intensified, and he became, in Magee's words, "even more invested in his personal mission to create a better world." At the war's onset, Wilson believed that American neutrality was the best way to broker a just and peaceful world. Drawing upon his Reformed worldview, Wilson believed that the United States was divinely chosen, in his own words, to be the "mediating nation of the world." With the sinking of the Lusitania, and with it the loss of 128 American lives, Wilson's focus shifted from protecting American neutrality to direct participation in a righteous war. At stake, Magee writes, was "a final war, a new system, a better covenant between the nations. . . . The providential time had come to make a better world."

The rest of the story is well known. America entered the war in April of 1917 and nineteen months later an armistice was signed. Determined to transcend the balance of power politics that had defined nation-state relations for nearly three hundred years, Wilson seized the moment of victory and embraced his Fourteen Points and the League of Nations as the foundation for a new world order grounded in the principles of universal love and justice. He believed, Magee writes, that this would be the fulfillment of God's divine purpose for history. But it was not to be. Wilson ignored and alienated a Congressional leadership who turned against him and defeated the League treaty. At the same time, Wilson's political crusade took a terrible toll on his own body as he suffered several serious strokes and near mental collapse. Wilson left the White House in 1920 a man broken in mind as well as spirit. 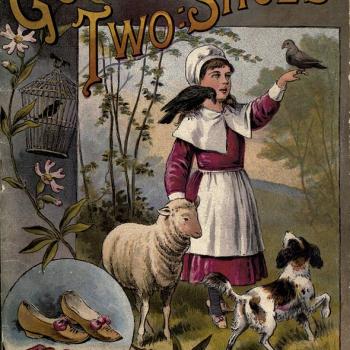 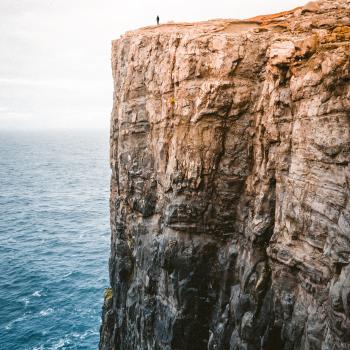 Under the Snow
Mark Nepo
4

It's 1975 again. Was it avoidable?
Jane the Actuary
Get Patheos Newsletters
Get the latest from Patheos by signing up for our newsletters. Try our 3 most popular, or select from our huge collection of unique and thought-provoking newsletters.
From time to time you will also receive Special Offers from our partners that help us make this content free for you. You can opt out of these offers at any time.
see our full list of newsletters
Editor's picks See all columnists