Christians, are you ready to face a crisis?

The world around us is doing everything it can to tip over into a big crisis. There are even reasons to be concerned about a social crisis in America.

I'm writing today under the urgent sense that we Americans have let ourselves develop a particularly bad habit in our thinking, and that this habit will be at the center of any crisis between factions in the United States. It will also be a core feature of crises everywhere else.

The bad habit I speak of is resentment. There is nothing good or useful about resentment, but peoples the world over have come to enshrine it in their politics, and the West—including America—has made a special art of it in the last 100 years. To hear advocacy groups, professors, and opinion writers tell it, the art of resentment is ennobling. An unrequitable fury over the vicissitudes of the human condition is evidence of enlightenment, or evidence of "caring." Shouting angry slogans about "the rich" is equated with actually doing something for the poor, just as demonizing some people based on their race, sex, or religion is equated with advancing the rights of others.

Political interest groups and government policies are increasingly built around resentments, which gain eternal life through the official definitions and ministrations of government. We ordinary citizens may want bad -isms—such as racism and sexism—to end, but government programs need those bad -isms to justify their existence. Instead of wiping -isms out, our -ism-focused politics has simply been overtaken by them—to the point that we can't discuss policy, or make it, without -isms dictating the terms.

This is because resentment is a tool of evil, and therefore, it cannot be satisfied. I think that's one of the most important things there is to understand in life. There is no way to slake the greed of resentment. There is no logical or final "resolution" for it. Very often, of course, something genuinely bad has happened to us. So we have a right to our resentment, and we're certain that we can't be happy until our resentment is acknowledged or requited in some way. But it never is.

Hurting other people in the name of requiting our resentment—or hurting ourselves—doesn't lessen it. Lavishing attention on resentment just makes it grow.

For precisely this reason, resentment makes a wonderful political tool. It takes over everything, but it is a problem without a solution. Once admitted to the public forum, its siren call in the debate is reliably self-perpetuating.

Few, however, really want to hear the antidote for resentment. It's very simple, but it also seems very hard, and even hard-hearted: don't let resentment get started inside you. That's it. It's the only thing that works. "Just say no."

But how do we prevent resentment from starting?

My recent experience with bird mites, chemicals, and illness has offered the most useful answer I know of. It truly is as simple as saying "no" to resentment on principle. It's been hard—very hard—not to resent the sequence of events that has changed my life this year. But if I get going mentally on a series of angry questions and resentful exclamations, I have no peace in my heart and I can't hear from God. The questions and righteous exclamations just make me more and more upset. They don't change anything except my attitude, which takes a nosedive.

But if, when resentful thoughts start to intrude, I say to myself, "Forget it. It's not worth it. Let it lie." I find the strength—which I know comes from God—to dismiss the marauding thoughts. I have no satisfactory answer for them, but I can decide not to entertain them. I believe God honors our determination to make these preemptive decisions, and my experience is that He gives us help. If I will dismiss angry thoughts immediately, it's actually easy. It's only when I let the thoughts build traction and volume that it takes work to beat them back.

Dear friends, you can't handle resentment. It will handle you, to your detriment. Resentment is wrong, no matter what it's for. And God's universe is one in which it will never—ever—lead to a positive result. The justice of your cause doesn't matter. Rewarding resentment is not God's way.

Transferring resentment from personal relations to politics and government doesn't change this. What it does instead is amplify the problems that resentment creates. Americans are due for a major comeuppance in this regard. I pray, as I have for some time now, that our landing is not too hard, and that the mercy of God for those who call on Him will be a cushion for our people—and indeed, that His mercy is a cushion for all the people of the world.

One of the most important things Christians can do, I believe, is practice dismissing resentment from our own hearts. We have an advantage in this regard. After all, we have the mind of Christ (1 Cor 2:16). 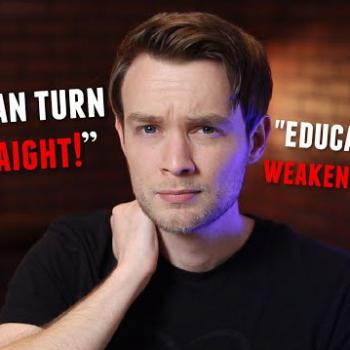 Even Beyond the Bible, Evangelical Schools Teach Some Awful Things
Hemant Mehta
3 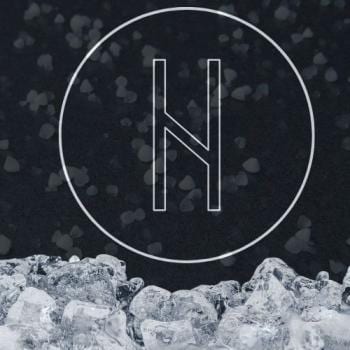 Working With The Hagalaz Rune During The Winter Lockdown
Katie Gerrard
Get Patheos Newsletters
Get the latest from Patheos by signing up for our newsletters. Try our 3 most popular, or select from our huge collection of unique and thought-provoking newsletters.
From time to time you will also receive Special Offers from our partners that help us make this content free for you. You can opt out of these offers at any time.
see our full list of newsletters
Editor's picks See all columnists