Why I Will Be Voting for Romney on November 6

Since Ronald Reagan left office in January 1989, there hasn't been a Republican presidential candidate (or a Democratic candidate, for that matter) with whom I agreed on virtually everything. For the last twenty-four years, I've had to engage in what I think of as "grown-up" voting: voting for the candidate I think will be the best on balance, even though much that he does may well disappoint me.

In this sense, things will be no different on Election Day in 2012. I admire important aspects of Mitt Romney's character—and that makes a real difference—but I have no illusions that he is a strong believer in limited government or a philosopher of liberty. I think he has a good chance of improving Americans' economic conditions with policies that emphasize reductions in spending and a more streamlined approach to government activities. Keeping his commitment to prevent tax increases on the middle class will be of help as well.

But I don't deceive myself that Romney has a commitment to reforming the philosophical basis of federal regulation—which is what we require to truly liberate our economy from the onerous, proliferating rules that strangle small business, kill jobs, and leave big corporations as the only players standing.

Romney will probably approach this problem with the goal of striking a legislative compromise, one that avoids reforming the highly ideological, virtually unsupervised basis on which Americans are regulated today by federal agencies. This was his approach as governor of Massachusetts to crafting his state's mandate for the purchase of health insurance. The most significant feature of Romney's approach is that it ceded the principle of the government-imposed purchase mandate—along with ceding the more fundamental premise that government must define what health care means for the people.

This concept of government is too big and intrusive for me. It's not because I agree with it that I will be voting for Romney. Rather, it is because I don't see government as the main aspiration of the human spirit. It is not the most important thing we do, and it is certainly not the most important method by which we interact with our fellows. Government is a necessity, and usually an expensive one, but it is a tool for inherently flawed human purposes—and it is nothing more than that. It is not to be worshiped. It is not to be trusted with the desires of our hearts, nor is it to be entrusted with reordering our fellow men in patterns more pleasing to one or another of us.

Its leaders, moreover, are not to be invested with the stature of prophets or saints. The idea that they can transform us for the better by wielding the power of government over us is a great lie. Presidential elections are not about government having this effect on us—because it can't.

Only God can transform us for the better through rebuke, suffering, hardship, and coercive refinement. Only God can reward us mightily, and leave us unworried and at peace about our earthly circumstances, without ruining our character. Only God can decide how much money other people ought to have, and ensure that we all come by our just deserts—or are shown mercy according to His promises. Government cannot adjust these things for us. We are profoundly wrong to look to political candidates for promises about them.

My perception of Romney is that although he doesn't bring a well-developed philosophical approach to government, he does innately resist the idea of government as a God-like reordering mechanism appointed over the people. That posture starts, for him, in the most effective place possible: with his acknowledgment of God as supreme, not government.

Even if Romney doesn't ponder the improper relationship of the state to the people inherent in so many government activities today, he will care what regulation is doing to small businesses and households. He will be inclined to rein it in where he can. Romney is a fan of hard work, self-help, and success; he will notbe inclined to look for class-warfare scapegoats. His approach to questions like the federal budget, constitutional rights, judicial appointments, and national security will be traditional. We can expect Romney to trim government on the margins and improve the federal government's financial picture, even if he won't change our government's direction fundamentally.

In short, a Romney presidency would represent a badly-needed time-out for America. Americans are not, in fact, united around the operating principles of our modern government. Too many of us can see that it performs poorly and even inflicts damage. The long-running argument between collectivism and liberty has not been settled, although many on the political left seek to establish that it has been, and that we have chosen collectivism.

For many Americans, our colossal fiscal insolvency has prompted them to really investigate the argument for the first time in their lives. For others, the tipping point has been losing a business, a job, or a home. Still others have been disturbed and surprised by the actions of the Obama administration, whether in handling national security, proliferating executive orders, or adding $6 trillion to the national debt. More and more Americans are debating what government actually is and what it should be. The people need time to think these things through, and I believe Romney would give us that. 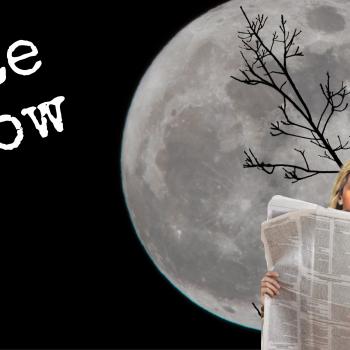 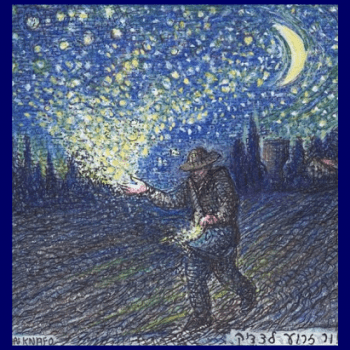 Donald Trump Expounds on Wind Turbines Again
Kermit Zarley
Get Patheos Newsletters
Get the latest from Patheos by signing up for our newsletters. Try our 3 most popular, or select from our huge collection of unique and thought-provoking newsletters.
From time to time you will also receive Special Offers from our partners that help us make this content free for you. You can opt out of these offers at any time.
see our full list of newsletters
Editor's picks See all columnists