In a recent interview with Christianity Today, Bush advisor Karl Rove said of Colson, "He was more concerned about the policy. What could be done to broaden the role of faith-based institutions in the public square? What efforts was the president willing to make, whether it was children of prisoners or to help ensure faith-based groups had a bigger role in anti-recidivism efforts. His attitude was, 'You have bright, young people involved in the politics. Can I talk to you about substantive questions of policy?'"

Colson's influence on the forty-third president and its ongoing impact is still felt around the world today. On October 26, 2003, the lead story in The New York Times was headlined, "Evangelicals Sway White House on Human Rights Issues Abroad." Colson was the first person mentioned in the article that reported how he and others were responsible for a new set of initiatives from the Bush Administration. As a result of Colson's efforts, new and sweeping initiatives were being put in place towards ending the war in Sudan, halting sex trafficking and preventing the global spread of AIDS.

Colson contributed in several other arenas, as well, including seminary education. Dr. Robert Cooley, President-Emeritus of Gordon-Conwell Theological seminary, says the following: "Chuck Colson was very concerned that young theologians would leave seminary with a well-developed Christian worldview and an understanding that a Christian apologetic was essential to minister in a post-Christian world.

Chuck was on the board of trustees and his influence was felt throughout the entire institution. His powerful voice will be missed in the public square and in so many organizations in which he was invited to serve. His legacy will be the changed lives of so many who had the privilege to read and listen to his prophetic voice."

After a long and rich life, a life of great sin, great redemption and great service, may he rest in peace. 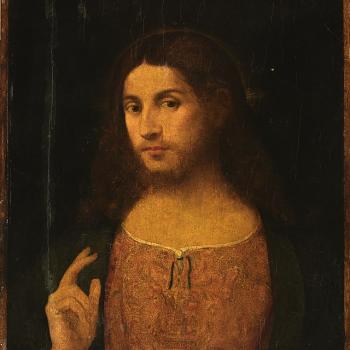 The Other Religious Objection to the Vaccine Mandate
Jennifer Fitz
3

knowing the times | an introduction to Ecclesiastes 3
Jared Ingle
4

Robert Crosby
Robert Crosby is an author and Professor of Practical Theology at Southeastern University. Read his interview with Bobby Gruenewald, the Founder of YouVersion.com (the Bible App) and related articles at Christianity Today, The New Engagers and The Social Network Gospel. Robert Crosby is the author of the new book, The Teaming Church: Ministry in the Age of Collaboration (Abingdon Press).
Get Patheos Newsletters
Get the latest from Patheos by signing up for our newsletters. Try our 3 most popular, or select from our huge collection of unique and thought-provoking newsletters.
From time to time you will also receive Special Offers from our partners that help us make this content free for you. You can opt out of these offers at any time.
see our full list of newsletters