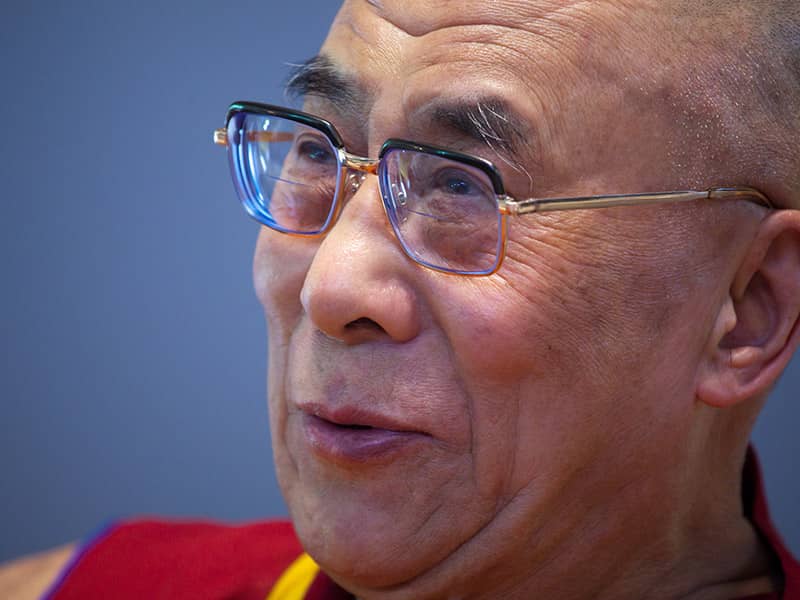 Image source: Darko Sikman / Shutterstock.com
Tenzin Gyatso is the shortened name of Jetsun Jamphel Ngawang Lobsang Teshe Tenzin Gyatso. He was born Lhamo Thondup and is the 14th and current Dalai Lama. He was born in Taktser, Amdo, Tibet and formally recognized as the 14th Dalai Lama in 1939. He has been living in exile in India since 1959 and advocated repeatedly for Tibetan independence. He emphasizes nonviolence and has shown an interest in a wide variety of areas from cognitive neuroscience to interfaith dialogue. He was the recipient of the 1989 Nobel Peace Prize and beloved across the world by both Buddhists and nonBuddhists. Back to Search Results