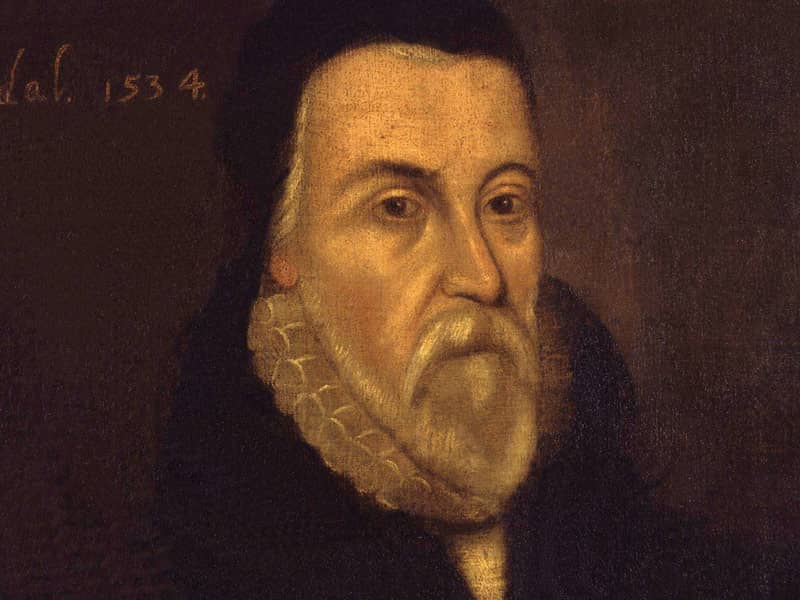 Image source: Public Domain
William Tyndale was the first person to translate the Bible into English directly from the original Greek and Hebrew Scriptures despite such work carrying the death penalty in the 15th and 16th century. Tyndale's translation was also the first English Bible to take advantage of the printing press. His work "The Practyse of Prelates"" opposed Henry VII's annulment of his own marriage, but Tyndale's "The Obedience of a Christian Man" was used by Henry VII to justify breaking with the Catholic Church. Tyndale was executed for heresy in 1535, and his dying wish was that the King of England's eyes would be opened. Two years later, Henry VII authorized the Great Bible for the Church of England which was almost entirely Tyndale's work. Back to Search Results