Will the Saptapadi Shape Our Marriages?

Friends and acquaintances alike have had interfaith weddings, with events or rituals from both the bride's and groom's religious traditions. I have saved the pamphlets distributed at American Hindu weddings that explain the significance of the Hindu rituals, and appreciate when they clearly spell out the seven vows taken with the seven steps. And I wonder how they will incorporate both faiths into their lives, especially in regard to raising children.

There are a myriad of ways to celebrate one holiday, with a multitude of languages and cultures that are intertwined within the various Hindu sampradaya (traditions, similar to denominations). Hindus don't have a single set of beliefs, or a single scriptural text, so what will the couple teach their children about the Hindu faith? Will the child or children be Hindu, especially when one parent's faith doesn't prescribe conversion or adherence to a particular set of beliefs, and the other's does? And I realize that I think more about interfaith marriages because they will impact the continuity of Hindus and Hinduism in America.

Why You Should Care About Theological Debates
John Beckett
2 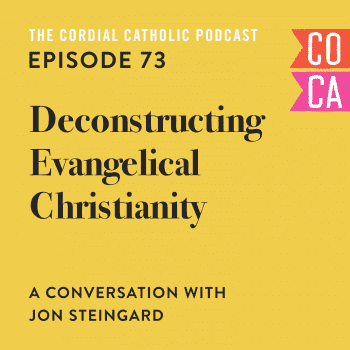 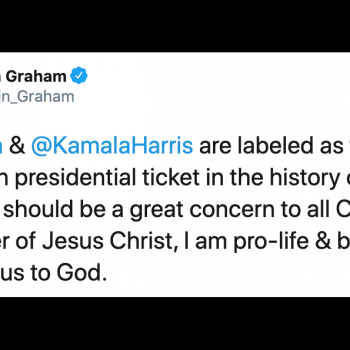 Franklin Graham, Unfazed By Trump's COVID Deaths, Trashes Pro-Choice Democrats
Beth Stoneburner
Get Patheos Newsletters
Get the latest from Patheos by signing up for our newsletters. Try our 3 most popular, or select from our huge collection of unique and thought-provoking newsletters.
From time to time you will also receive Special Offers from our partners that help us make this content free for you. You can opt out of these offers at any time.
see our full list of newsletters
Editor's picks See all columnists