A Portrait of the Rabbi as a Young Man: Faith Matters, Part Five

Note: This is the fifth of a nine-part series of personal vignettes that explore the challenges of the human journey from cradle to grave. Start at the beginning here.

I graduated from college with a degree in philosophy and no plan for my future. In the months prior to graduation, I'd explored the possibility of pursuing either a Ph.D. in metaphysics or, instead, an M.F.A. in creative writing. I was attracted to the (somewhat naïve) idea that an academic career would provide the most likely context in which I could cultivate a life of the mind. As a young poet and writer, I was also drawn to the (overly romantic) idea of entering a formal writing program, which I thought would allow me to gain entry into the rarefied world of books and letters.

In the end, I rejected both options. A life in academia seemed too detached from the real world and getting an M.F.A. before I'd experienced much more of life struck me as a bit ludicrous. I craved something more active, more adventurous.

I decided to move to Cambridge, Massachusetts to write the Great American Novel. I'd written a novella in college and I wanted to give myself the time, and the focus, to develop it into a larger narrative. I could have moved anywhere, in theory, but two of my closest friends were moving to Cambridge as well: Arjun, an Indian American who was beginning a Ph.D. program in Sanskrit at Harvard, and Steven, a Jesuit priest who was studying for his licentiate degree at the Weston School of Theology. I met Arjun in college and Steven during my junior year abroad in Jerusalem.

While I spent most days working on my novel, I spent many evenings and late nights with Arjun and Steven. It was during those scotch-infused encounters that I continued my exploration of metaphysics, a subject I'd been interested in since I was very young. At the age of three, I had a serious heart procedure, a surgery and early trauma that in many ways led to my asking the Big Questions throughout my life: Is death the end? What is the purpose of life? Does God exist? The three of us — a Catholic priest, a Hindu graduate student, and a Jewish writer — discussed and debated these and other questions with great enthusiasm, and I loved every minute of it.

As a result, in part, of our conversations on spirituality, theology, and the nature of existence, I thought it was critical for me as a Jew to read the Torah in its entirety for the first time. I wanted to study its tales and teachings, not as a child sitting reluctantly in Hebrew school, but as a willing and intellectually curious adult. Studying in Jerusalem, both at the university and at ultra-Orthodox yeshivas, began to open my mind to the richness and power of sacred texts, but I yearned for more. I chose to focus on the Five Books of Moses because I viewed them as the foundation of my faith.

One evening, after an especially animated and rewarding debate about God, revelation, and the description of the theophany at Mount Sinai in the book of Exodus, Steven asked me if I'd ever thought about entering the rabbinate.

"It's just that you're so impassioned and engaged by God and religion," he said. "That's a vocation where you could devote your life to both of them."

"I am passionate about those subjects. But I raised hell in college — I drank like a fish and I slept around. I spent a night in jail last summer for destroying property at a night club. I've got lots of inner demons. I'm not worthy."

"None of us are worthy. What matters is whether you're called."

Steven's words caught me off guard. Here was my friend the priest — my tranquil, righteous, celibate friend — telling a restless seeker and libertine like myself that a career path I'd never even considered possible was open to me. I'd always felt that I was too imperfect, too deeply "human" to serve others, let alone lead them.

"Do me a favor," Steven went on. "Read First Samuel, chapter three. The opening verses of the book. Then let me know what you think."

I read the verses when I got back to my apartment. They tell the story of Samuel's prophetic call. God calls to the young Samuel three times, and each time, Samuel mistakes the divine call for the voice of his master, Eli. It is only when God calls to him a fourth time that he finally recognizes God and responds, "Here I am." 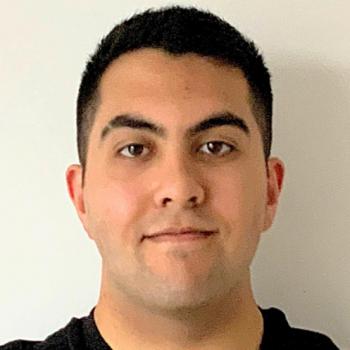 Over 8,000 want a university to 'strike down' anti-abortion society
Barry Duke
2 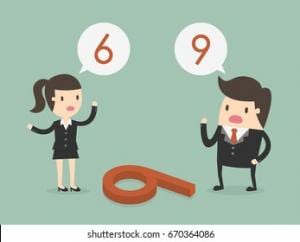 The Era of Misinformation
Todd Vick
3 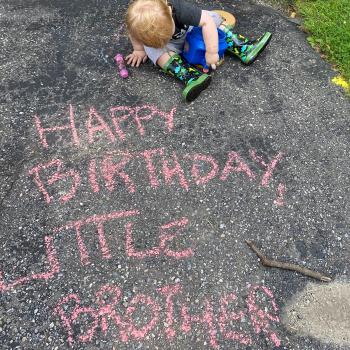 Things Keeping Us Going: Circle of Life Edition
Kristen Allen
Get Patheos Newsletters
Get the latest from Patheos by signing up for our newsletters. Try our 3 most popular, or select from our huge collection of unique and thought-provoking newsletters.
From time to time you will also receive Special Offers from our partners that help us make this content free for you. You can opt out of these offers at any time.
see our full list of newsletters