The Jewish New Year, and Why the Quakers Are Wrong about Syria

Reasonable people can disagree about how to deal with Syria. That disagreement extends to Israelis, and to Jews throughout the world. The principled response of the Quakers is admirable, but wrong. Here is why traditional Jews have to reject it.

Rosh Hashanah, the Jewish New Year, marks the anniversary of G-d's creation of Man. In Jewish tradition, G-d revisits his creation on that day each year, determining what plays a continued role in the unfolding of history, and what has outlived its usefulness. It is therefore a day of judgment of all people and all things; on it, the basic course of the ship of human progress is set, as well as the parameters of each individual's life. For this reason, the entire month that precedes Rosh Hashanah is full of self-examination, contrition, and repentance.

According to tradition, Adam ate from the forbidden fruit the same day he was created. All in the same day, he repented, was judged and spared, but lost his place in the Garden of Eden. Rosh Hashanah is therefore not only humankind's birthday, but the anniversary of Man's first encounter with Divine judgment.

In the different approaches of Christians and Jews to this biblical narrative, there is a vastly underappreciated area of overlap. Christians point to the episode as the source of Original Sin. Jews don't have the term in their vocabulary. On the other hand, they also believe that the course of all of Mankind was altered by that sin, and that we have been laboring ever since to restore the factory default configuration.

The Garden of Eden was the perfect mailing address not because of pristine, sandy beaches and tropical scenery. Rather, it was a place where the Mind of G-d, the will of Man, and Nature itself all lived in perfect equilibrium. Nature "magically" responded to the wishes of Man because those wishes were perfectly congruent with the Divine intention. Man did not have to labor in such a state, because he wanted nothing that G-d didn't want, and Nature did G-d's bidding without hesitation.

Man's sin changed all that. It created distance between Man and G-d. Man could want, wish, and dream about things that were outside of the Divine mind. That distance morphed into a yawning chasm separating them. Nature no longer automatically complied with Man's dictates. To the contrary, it often had to be coaxed into producing for Man by the sweat of his brow.

In that great divide there would always be room for Man to do things differently than the way G-d wanted. Multiplied by the number of humans to walk the face of the earth, or even the number of choices between right and wrong that each individual makes in the course of a lifetime, evil would coexist alongside with good. This would remain the case until such time that Man drew close enough to be readmitted to the Garden. By all accounts, this has not yet happened.

Until that time, any attempt to act on principles that can only work in a perfected world are doomed to failure—and often, to tragic consequence. Appealing to Man to live as if in a state of innocence will not work; more often than not, the beneficiaries will be those who wait to take advantage of opportunities for profit and power. (Among other reasons, this is why communism was doomed to failure. "Each according to his ability, and each according to his need" could work in a perfected world. In the one we inhabit, not enough people will work harder for the good of society as a whole, without deriving some personal reward from it. When people one day will find more satisfaction in giving than in receiving, collectivism could become an option. Before then, it is an opportunity for those in power to extort from the masses.)

The word for "peace" in Hebrew is shalom. Entirely not coincidentally, the word also means perfect, complete. Man's perfection comes only through doing all the things he should be doing, which means living by the guidance of the Divine architect of life, who can spell out what Man needs to achieve balance between his competing needs. In other words, there is no perfection without obedience to G-d. World peace will occur only when the entire world not only believes in G-d, but takes him seriously.

Asking people in an imperfect world to hew perfectly to the Divine conception of perfect peace will be—until that day—a perfect invitation for disaster, because it will leave even greater room for evil to flourish.

We don't need reminders of the vast destructiveness of evil. On second thought, perhaps we do! We see so much of it that we become inured to its horror, and fail to meet it with shock and outrage. There is just so much outrage that we are capable of.

Yet, it would be a great mistake to not notice new wrinkles in the sad saga of the proliferation of evil—new escalations that if not resisted, quickly become commonplace.

The gassing of 1400 innocents in Syria is the new, ugly face of evil that should—must—evoke a reaction from the rest of the world. This has nothing to do with which party to the conflict—or no party at all—has your sympathies. The gassing en masse of civilians must be responded to in a way that will give pause to the next party that considers it. If not, the death toll will continue to mount, and gas attacks will become what suicide bombings have become: just another item at the bottom of an interior page of a news provider. 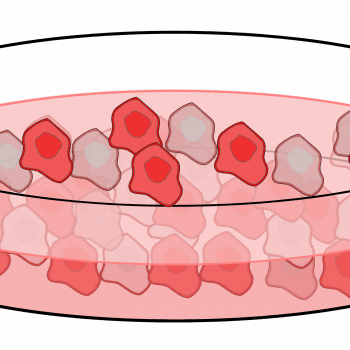 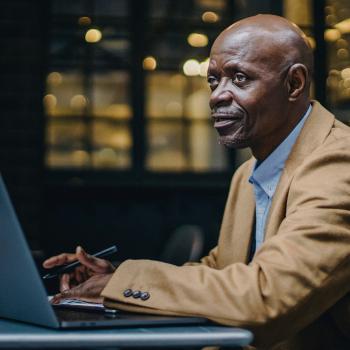 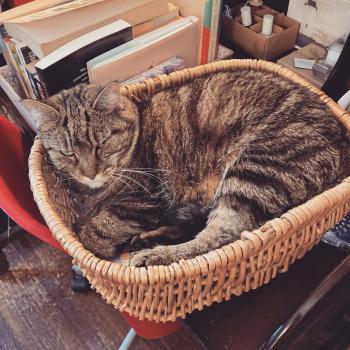 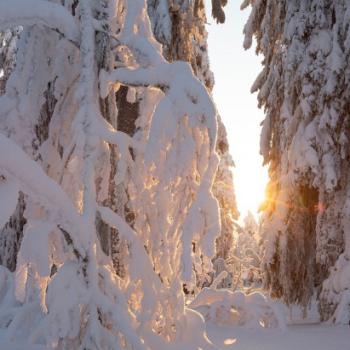