Being the Body of Christ

Among many others, every college sophomore knows the quotation from Descartes, "I think, therefore I am." Few, though, understand its radical redefinition of the self as "a thinking thing." Perhaps a good paraphrase of the maxim would be "In thinking, I am": my consciousness is what defines me.

Famously, by beginning with that claim Descartes gives us the mind-body problem: how can my consciousness, which has one kind of existence, know about the bodily, physical world, which has a very different kind of existence? Whatever one thinks about that problem (and many, perhaps most, philosophers think it is a false problem), it shows us well how Descartes and his contemporaries understood what it means to be a person: I am my consciousness. That redefinition has profound consequences in the centuries that follow.

Descartes' understanding of identity has continued to be influential. We speak of having a body, as if my consciousness owns the body in which it finds itself. Philosophers try to explain on-going identity in terms of consciousness, but states like sleep create difficulties for those explanations. In ordinary conversation when we say "I" we implicitly assume that we are referring to that which says "I," the ego. But what if that is wrong?

The Cartesian view of personal identity, common sense for a long time, has not been without challengers. Kant and Hegel are skeptical that I am the same as my consciousness. Dostoevsky and Nietzsche reject the idea and lay the ground for Freud, who clearly believes that I am more than my consciousness, injecting the term subconscious into ordinary discourse. Twentieth and twenty-first century philosophers such as Heidegger, Merleau-Ponty, Levinas, Ricoeur, and Marion give accounts of human identity that don't make the Cartesian assumption. (In my opinion Ricoeur's Oneself as Another gives the best account of personal identity.) Yet in spite of that the Cartesian assumption continues to be common sense.

It should take little reflection to see the difficulty of the common sense view. I don't own my body as an object of some kind. I am my body. Thoughts and ideas come from someplace else; I can be surprised by myself, for example. My ego is not the creator ex nihilo of my ideas. There is something behind or prior to consciousness. I am more than my ego—at least also a body and at least also whatever comes before consciousness (which is unlikely itself to be a unity).

If I wish to name some thing that "I" refers to when I use that term, I find only a multiplicity, a multiplicity for which the ego speaks. The ego would feign take itself as not just the spokesperson, but the thing itself, but that is the Cartesian mistake.

If I am a multiplicity, though, I can ask how to decide the borders of that multiplicity. Is that what my body and its narrative define? Perhaps. That is certainly what we usually assume. But what if that body is inseparable from another body, a conjoined twin, for example? Or perhaps simply an identical twin? Or what if I am joined just as closely but nonbiologically to another, such as a spouse or a friend? If one of us or both can designate the extended body to which we belong, that of this wedded couple, or children of so-and-so and so-and-so, or parents of . . . , why not recognize that as a being, a person?

Mormon theology presumes to believe that we can be joined to another permanently, creating a new being, a new self with more than one consciousness. We see that in the doctrine of eternal marriage where husband and wife are sealed "for time and eternity." But we see it also in the LDS doctrine of family, where children are sealed to parents for eternity. And we see it also in the practice of searching out and doing ordinance work like baptisms and sealings on behalf of our ancestors who have died.

The ultimate goal of these ordinances is that expressed by Christ in his prayer in Gethsemane: "[I pray] that they all may be one; as thou, Father, art in me, and I in thee, that they also may be one in us" (Jn. 17:21). The unity of selves possible in Christ is not merely metaphorical, any more than is the unity of the Father and the Son. They are one being; ultimately we can be the same being, members of what Paul calls "the body of Christ" (1 Cor. 12:12). In that being we do not lose our identity but have it augmented by its jointure in the fuller identity of Christ and the Father.

Søren Kierkegaard had great difficulty with Christendom, the culture and society that had grown up with the church as its foundation and which understood Christianity as little more than a social norm that needed to be enforced. His response was almost an extreme acosmism. In fact, were it not for Works of Love we might be able to convict him of acosmism. But even in that book, where we see his deep appreciation for the phenomenon of love, he fails to see the possibility of a legitimate communal, social expression of Christian love. 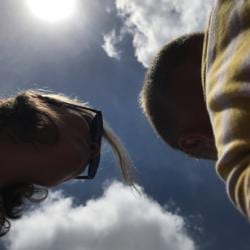 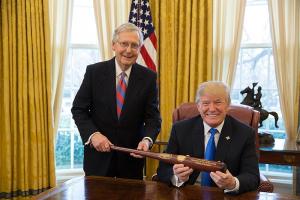 The Charismatic Spiritual Conversational Style
Frank Viola
Get Patheos Newsletters
Get the latest from Patheos by signing up for our newsletters. Try our 3 most popular, or select from our huge collection of unique and thought-provoking newsletters.
From time to time you will also receive Special Offers from our partners that help us make this content free for you. You can opt out of these offers at any time.
see our full list of newsletters
Editor's picks See all columnists