In 1856, a year before the Dred Scott Decision would have made the case moot, Judge Benjamin Hayes invited fourteen slaves, all "property" of Robert May Smith, to come into his California chambers. He had already heard Smith's assurance that his slaves were "well disposed" to go with him to Texas. Judge Hayes chose to ask the slaves themselves what they wanted.

Robert Smith had hoped to find wealth in San Bernardino, but became impoverished. He had decided to move to Texas, and insisted on taking his slaves with him. In that year, however, no person of color was permitted to testify in open court. Hence, Judge Hayes' decision to bring them into his chambers was unusual and fearless. Biddy Smith Mason responded to his question about her own will with the words: "I have feared this trip since I first learned of it." In fact, it seemed possible that Smith's human property would be sold once they were in Texas. There were other reasons to resist the trip—particularly for two of the slaves, Biddy and Hannah. Evidence suggests that Smith had raped and impregnated each.

Back in open court, Judge Hayes pronounced all fourteen slaves "free and free forever." For that decision, he was "damned" all the way from Sacramento, as he told a friend in an 1863 letter. He was "denounced as an abolitionist" even though California was a free state. Providence, however, rewarded the judge a month after he liberated Smith's slaves. His letter to his friend (Jack Hinton) says, "One day my little boy [was thrown] from a buggy under the heels of the horse; one of these same poor Negro women [whom I had emancipated] rushed under the very wheels and snatched him from death." His words, "Free and free forever" had resulted in his own son's rescue.

With the recent news that some eager Mormons had considered it within their prerogative to perform a proxy marriage ceremony to "seal" Biddy to her rapist/master (which fortunately was stopped), we Latter-day Saints are forced to ask hard questions about the freedoms we might be playing with. If only in a metaphorical way, this ritual would have returned Biddy to the man she herself feared and chose to leave. It would have taken us symbolically back to that day when Judge Hayes emancipated her, and undone the decision. In some way, it would have robbed her of the dignity she earned as one of the great philanthropists in California's history, and as a founding member of the First AME Church of Los Angeles.

Dr. Cecil Murray, who later pastored the First AME that Biddy helped found, said to me recently, "No nation, none of us earthly beings will be free until we know the truth and live the truth." Part of that truth must be to understand our history and our interconnectedness. It is impossible to imagine that whoever submitted the names of Biddy Smith Mason, her daughter Harriet, and Robert May Smith for temple sealing did not know of the slave history. The question is, did they not understand it? Did they not realize the horrors that founded the slave trade? Were they unaware of the millions of Africans who lost their lives in the Middle Passage? Of the plundering of human dignity those like Biddy endured when their humanity was assaulted and their bodies violated? Did they not comprehend the implications of the fact that Biddy had been given as a wedding gift to Robert Smith, not as a bride?

We Mormons understand that this kind of name submission was probably done by well-intentioned genealogists who likely thought that the daughter Biddy conceived by Robert Smith would want her parents married. It represents a uniquely innocent, white, Mormon imagination reframing an unthinkable situation so that it somehow becomes sweet instead of horrifying.

Mormons were instructed within the past month to abide by the Church's promise to not do proxy work for Holocaust victims or celebrities. We were reminded that temple ordinances are to unite families, and must not to be toyed with. Temple work is not a role-playing game but a way to honor and remember those who prepared our paths.

As one who has seen the Mormon imagination working in redemptive ways in the temple, as one who has been present when a family heard the name of their deceased child (whom someone else represented), and pictured that child with them again, I have felt the beauty and comfort of the sealing ceremony.

Mormon temple rituals are often mocked, reduced to thin imitations of Masonic rites. I would never mock them. They belong to me as a part of my identity, which I increasingly understand. I reverence them, and I reverence the sacred spaces and ceremonies of other religions.

The most basic tenet of temple worship is reverence, which must extend to every name presented for proxy work. If we are to comfort, liberate, and feel the eternal bonds of our family ties, we must respect the histories behind the names.

Biddy Smith Mason not only received emancipation herself, but spent much of her life visiting the imprisoned and liberating those in the bonds of poverty. I honor her and her life.

A former Black Panther, now a sealer in the Oakland Temple, offered this insight on temple sealings: "We want the work to go forward, but we want those on the other side to accept the tender of the ordinances and to embrace them with gratitude. If we believe that our proxy action is not what the person on the other side wants or would want, then perhaps we should respect the prompting we receive and stand down." 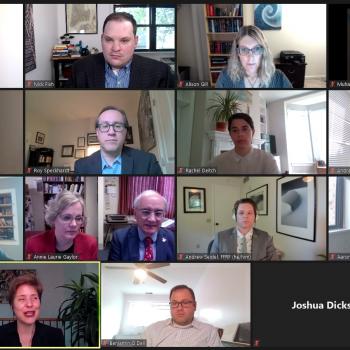 Starting and ending the week dramatically
Freedom From Religion Foundation
2 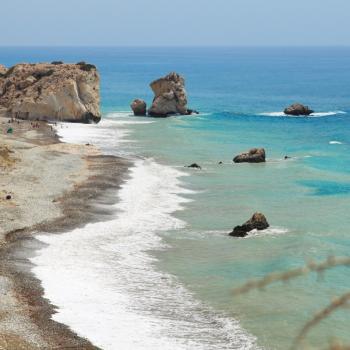 When Your Triggers Get Tripped In Relationships
Shaunti Feldhahn
Get Patheos Newsletters
Get the latest from Patheos by signing up for our newsletters. Try our 3 most popular, or select from our huge collection of unique and thought-provoking newsletters.
From time to time you will also receive Special Offers from our partners that help us make this content free for you. You can opt out of these offers at any time.
see our full list of newsletters
Editor's picks See all columnists