A Changing World and a Continuing Revelation

Next month will mark the 207th anniversary of the birth of Joseph Smith. Often referred to as the founder of Mormonism, he saw himself as called by God to restore a new version of the ancient Christian church. He was, he claimed, a prophet who had seen the Father and the Son in revelation and through whom they had revealed the priesthood authority necessary to the Church, restored teachings and practices from the ancient church, and given new practices and teaching for these latter-days.

Plainly there are many audacious claims in Smith's teachings. Among them is the belief in continuing revelation: Latter-day Saints believe that God has not ceased to call and reveal things to prophets. In the last 200 years he has spoken directly to at least one, Smith, and he continues to speak in various ways to prophets who have succeeded Smith as leaders of The Church of Jesus Christ of Latter-day Saints. We may not have a lot of central beliefs, but that is one of them.

There is no church-recognized theological explanation for why God must continue to speak to us, why there is no final revelation. Perhaps it is on account of the limitations of the human ability to understand. As Yoram Hazony says:

[T]he biblical accounts of our encounters with God emphasize that all human views of God are partial and fragmentary . . . . Even Moses, the greatest of the prophets, is told that he can't see God's face, but can only catch a glimpse of God's back as he passes by. At another point, God responds to Moses' request to know his name (that is, his nature) by telling him "ehi'eh asher ehi'eh"—"I will be what I will be." . . . in the imperfect tense.

Mormon scripture suggests something similar when God asks, "Unto what shall I liken these kingdoms, that ye may understand?" (D&C 88:46; see also D&C 101:81, where we see a similar question). And speaking of the revelations contained in the Doctrine and Covenants, he says "these commandments are of me, and were given unto my servants in their weakness, after the manner of their language, that they might come to understanding" (D&C 1:24).

God must fit his revelations to our understanding and weakness, so that as our understanding changes he reveals things in new ways for us. As the last of the scriptures quoted from the Doctrine and Covenants suggests most clearly, continuing revelation is an act of grace and mercy to us.

One could argue that in either case, whether because of human limitation or because of the profundity of things, God would have to continue to reveal himself and his universe to us in new ways.

Yet another explanation of the need for continuing revelation is the changing nature of what-is. Since Mormons believe that God is within space and time in some way or another rather than outside of all time and space, it makes sense to assert that there is no atemporal "viewpoint" from which God sees everything as it is once-and-for-all.

There is no such viewpoint because there is and can be no such once-and-for-all for the world. That would mean that God knows everything that is, but there is nothing that isn't undergoing change. The change of his knowledge would be one of its perfections, and new revelations would be its consequence.

Because the world changes, as it changes God's knowledge too would change, and he would reveal new things to his prophets. In that case, revelation continues because the cosmos and humankind change (and God too, though not in his loving relationship to us). As things change God is perfectly able to keep abreast of change and to reveal what is needed to his children, and he does so by continuing to give them revelations through the prophets he has called.

One needn't expect that the changes brought by new revelation would be rapid. Taking the long view, God need not hurry.

Seldom would his revelations violently interrupt the status quo or be spectacular (though both of those remain possible). But perhaps many would consist of revelations on seemingly insignificant matters. Because God inserts himself not only into the most sublime aspects and activities of our lives, but also into the most mundane, his revelations might often appear to be merely mundane. 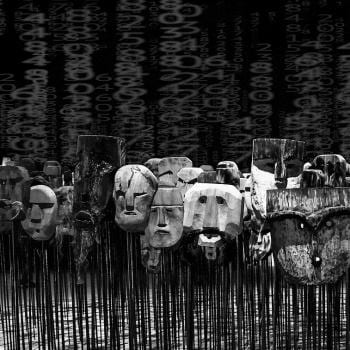 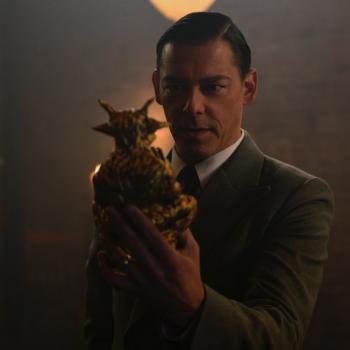 The Imp of the Perverse: Horror, Witchcraft and Fascism
Jason Winslade
4 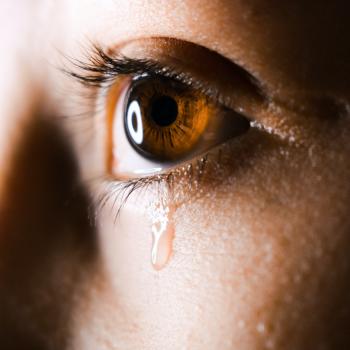 Weeping (Again!) at A Christmas Carol & Other Movies: Advent Meditation #4
Hal Bush
Get Patheos Newsletters
Get the latest from Patheos by signing up for our newsletters. Try our 3 most popular, or select from our huge collection of unique and thought-provoking newsletters.
From time to time you will also receive Special Offers from our partners that help us make this content free for you. You can opt out of these offers at any time.
see our full list of newsletters
Editor's picks See all columnists