Mitt Romney may not have fared well in his campaign for the presidency, but his candidacy was a step forward for Mormon-evangelical relations. The two groups have been hostile to each other for the past century and a half, with constant insults being traded back and forth.

When some of us in the scholarly community initiated an evangelical-Mormon dialogue a dozen years ago, we ran into some opposition, particularly on the evangelical side. As a leader in that dialogue, I have received many angry emails from fellow evangelicals who see me as a "compromiser" of the faith. But those expressions of protest have not been as numerous during the recent campaign season. With many evangelicals adopting an "anyone but Obama" posture, folks who might otherwise have thought of Mormonism as an evil "cult" were suddenly willing to vote for a Mormon as a leader of their nation. Given that decision, they were not as inclined as before to condemn those of us who have been calling for friendlier relations with the Mormon community.

I'm not usually very supportive of Christians allowing their political biases to drive their theological views. Our theological convictions ought not to function as mere rationalizations for a political agenda that we have adopted on other grounds. But in this case the political campaign may have—providentially—served the cause of good theology. For many evangelicals, Mormonism has now been "de-demonized." This may be "the Mormon Moment" many of us have been waiting for: a new willingness on the part of evangelicals and Mormons to engage in a careful, and mutually respectful, theological discussion about matters of eternal importance.

If Even Mona Lisa can Get Vaccinated, So can You
Ben Witherington
2

The bishop vs the president
Sean Dailey
3

The Tragedy Behind My Teaching Position
Linda LaScola
4 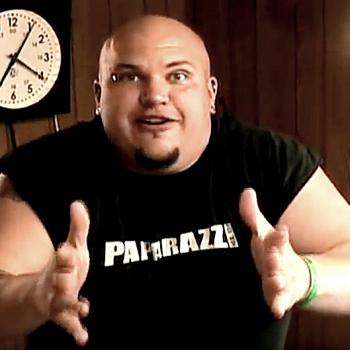 Church declares injured man 'healed'... after his death
Barry Duke
Get Patheos Newsletters
Get the latest from Patheos by signing up for our newsletters. Try our 3 most popular, or select from our huge collection of unique and thought-provoking newsletters.
From time to time you will also receive Special Offers from our partners that help us make this content free for you. You can opt out of these offers at any time.
see our full list of newsletters
Editor's picks See all columnists