From Explanations to Atonement

God weeps because of the sins of his children, because they reject him and are without love for one another. But if God also weeps at evil, then it is built into the universe; it is unavoidable.

If we cannot hope to permanently rid the universe of evil, then what can we hope for? For atonement.

My guess is that it is because we celebrate that the Son of God, himself already divine, began his most important work as a human baby: he had the full experience of mortality just as we do; he condescended to be as we are.

The Son did not just dip his toe into the cold waters of mortality. He plunged in head first. Whatever joy or suffering we have experienced, he too has experienced it. He is not distant from us, but like us, bone and flesh. Jesus' birth is a token of the work he does: he was born as a baby, becoming a living body like our own, because his work was to redeem our souls, our living, lived bodies rather than only some immaterial thing.

We learn of Jesus' birth early in the book of Mormon, when the prophet Nephi receives the same vision that his father had earlier received:

And it came to pass that I saw the heavens open; and an angel came down and stood before me; and he said unto me: Nephi, what beholdest thou?

And I said unto him: A virgin, most beautiful and fair above all other virgins.

And he said unto me: Knowest thou the condescension of God?

And I said unto him: I know that he loveth his children; nevertheless, I do not know the meaning of all things.

And he said unto me: Behold, the virgin whom thou seest is the mother of the Son of God, after the manner of the flesh.

And the angel said unto me: Behold the Lamb of God, yea, even the Son of the Eternal Father! Knowest thou the meaning of the tree which thy father saw?

And I answered him, saying: Yea, it is the love of God, which sheddeth itself abroad in the hearts of the children of men; wherefore, it is the most desirable above all things.

Nephi sees the baby Jesus and immediately knows what the tree in Lehi's dream means: "It is the love of God." The birth of Christ is not merely a philosophical or religious idea that we must grasp rationally or through meditation, though both of those can be important aids to our spiritual life. The birth of the Savior is a concrete event through which the Godhead shows their love to human beings. Because the Father, Son, and Holy Ghost love us, they are willing that the Son should live a life like we live.

Jesus, born in a stall in Bethlehem, to a young woman probably despised by her neighbors, raised in a small town of no particular worth or significance, a carpenter's apprentice and then himself a carpenter rather than someone of high position in society, with (as Isaiah reminds us) "no form nor comeliness; and . . . no beauty that we should desire him" (Is. 53:2)—this Jesus is the physical and temporal sign that the enemies of Israel, the enemies of the children of God, cannot overcome God's work.

He is that sign because he was born as a human baby and lived a human life.

God himself comes in the most lowly of circumstances and he overcomes not only those circumstances but sin and death themselves, so that we too can overcome them through him. He is the sign that though we may suffer in both body and spirit, we need not lose hope of victory. 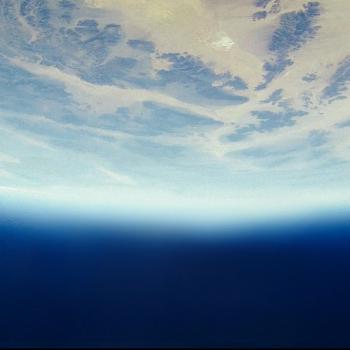 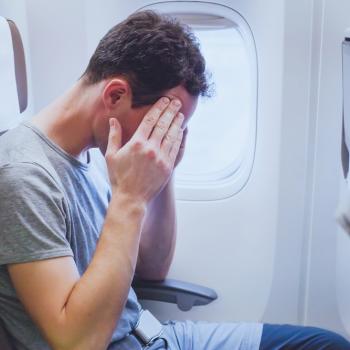 An Off-Duty Pilot Used the PA System to Tell a Captive Flight About Jesus
Hemant Mehta
Get Patheos Newsletters
Get the latest from Patheos by signing up for our newsletters. Try our 3 most popular, or select from our huge collection of unique and thought-provoking newsletters.
From time to time you will also receive Special Offers from our partners that help us make this content free for you. You can opt out of these offers at any time.
see our full list of newsletters
Editor's picks See all columnists