If you go to an LDS meetinghouse (chapel, ward—we use the three terms interchangeably) on the first Sunday of most months, you can attend a fast and testimony meeting. In our worship service on those days we memorialize our twenty-four-hour fast by taking part in the sacrament of the Lord's Supper and by bearing testimonies.

Some visitors and some Mormons are uncomfortable with the claims made in these testimonies. It bothers them that people say "I know" when they speak of their faith in terms of knowledge. Isn't that too strong? Wouldn't "I believe" be better?

I don't think so.

If knowledge is a state of completion, a point at which we need no longer be attracted by and pursue the object of our inquiry and interest because it has been fully captured, then perhaps it is a mistake to say things such as "I know that Joseph Smith was a prophet" or "I know that Jesus is the Messiah."

That understanding of knowledge as completion has a long history, beginning with Greek philosophers and culminating in modern philosophy (with the turn to mathematics as the model), and ending in the work of G. W. F. Hegel. Hegel tells us that genuine knowledge is ultimately comprehensive: nothing remains to be known and learned; the end of knowledge is not only certainty about what one claims, but certainty about one's certainty (Phenomenology of Spirit §798).

Probably few if any Mormon testimonies can stand up to that measure. But neither can much else.

However, suppose that thread of philosophy, perhaps one of its strongest (though not the only one describing knowledge), is wrong in spite of its age and popularity. Suppose that it runs cross-wise against the woof and warp of human experience, attracting our attention but making a bit of a mess of the fabric of existence. Suppose the Bible has a better idea of what knowledge is.

Early in the Hebrew Bible we see an alternative understanding. Genesis 4:1 says, "And Adam knew Eve his wife; and she conceived, and bare Cain."

We assume that is a euphemism, a way of avoiding having to mention sexual relations directly. But the writers of the Hebrew books don't appear to have been particularly squeamish about sex in other writings, so I'm skeptical that the word knew is a euphemism.

However, if isn't a euphemism, if knowledge of things and sexual intimacy are in the same conceptual family, what might that say to us about how Hebrew writers understood knowledge? And might their understanding instruct us in another way to think about knowledge?

That means that we are not spectators on the world, judging this and that event like Olympic judges with a rating system that has only two cards, "true" and "false." Instead, we are immersed in the world, engaged with the people and things around us and in activities appropriate to that world. We are "always already" (a favorite phrase for some philosophers) in a relationship of understanding, always already being fruitful, whether that fruit is good or bad. And our understanding is ultimately a matter of intimate acquaintance. 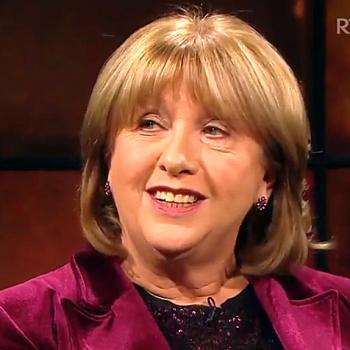 The correct number is all of them
Fred Clark
3