As I understand things (and I'm prepared to be corrected by the many out there who know more about these matters than I do), what Christians have too often spoken of as merely reliance on the law in Judaism is in reality an expression of the Jewish understanding of righteousness. That is a person is righteous by being faithful to the covenant, which requires obedience to the demands of that covenant.

On such a view, there is no opposition between faith and obedience. There is no obedience without being faithful. Mere blind obedience doesn't make one righteous. But faithfulness to one's covenant—which implies obedience—does. It makes no sense to speak of being faithful to a covenant without following what that covenant demands.

Sometimes, in our internecine doctrinal struggles, we Christians get too caught up in the faith vs. works of obedience question. Jews could help us think profitably about that issue. Following the suggestion made by Judaism, we might conclude that faith and works are not fundamentally opposed to one another. (That is Paul's conclusion in Romans, I believe, but that's for another time.)

How Judaism can help Christians think about the relationship of faith and works is an interesting thought question. But it isn't the one I want to focus on. I want to ask, "What are we to make of the fact that the word that we often translate as righteousness might also be translated as justice?" What if I were to substitute the word just for each occurrence of righteous in scripture? What different might that make in how I understand what God expects of me?

Paul reminds us of the connection of righteousness to justice when, giving us the text on which he bases his letter to the Romans, he quotes Habakkuk 2:4: "The just shall live by faith" (Romans 1:17). For Paul, a faithful Jew himself, justice requires faithfulness, fidelity.

Interestingly, the same connection of ideas is true in Greek that we saw in Hebrew. The New Testament Greek word that we most often translate as righteousness could be translated as justice. The language of both testaments testifies that we are expected to be just and that being just requires fidelity to God.

The question for both Jews and Christians is "What does it take to live a life that God will judge as a just one?" The two groups of religions answer that question in significantly different ways, but it is important to recognize that both understand religious life to aim at justice.

Philosophers like to put ideas into an "if-then" form because that allows them to think about their logical entailments and consequences. Using that form, I would say that Judaism and Christianity both tell us we are just if we are faithful, and we are faithful only if we are just.

The first of these is usually easier for religious people to think about than the second. I believe something like this:

If I am faithful, doing all of the things my religion says I should do, being true to the covenant with the Father made possible by Jesus Christ, and trusting him for my salvation, then in the end I will be declared to have lived a just life. If I am faithful, ultimately I will be just.

But it is easy to forget the second half of the proposition: "We are faithful only if we are just." That doesn't contradict the idea that if I am faithful, then I will be declared just. But it does tell us that one measure of our faithfulness to God is our justice. To the degree that we are not just, then we are also not faithful.

Repentance is possible when we have been unjust. We can be made whole again in God's eyes. But we must not let that important fact inure us to what the proposition teaches us: we are not faithful if we are not just.

The Torah is explicit about this requirement:

Thou shalt neither vex a stranger, nor oppress him: for ye were strangers in the land of Egypt. Ye shall not afflict any widow, or fatherless child. . . . If thou lend money to any of my people that is poor by thee, thou shalt not be to him as an usurer, neither shalt thou lay upon him usury. If thou at all take thy neighbour's raiment to pledge, thou shalt deliver it unto him by that the sun goeth down: For that is his covering only, it is his raiment for his skin: wherein shall he sleep? and it shall come to pass, when he crieth unto me, that I will hear; for I am gracious. (Exodus 22:21-27) 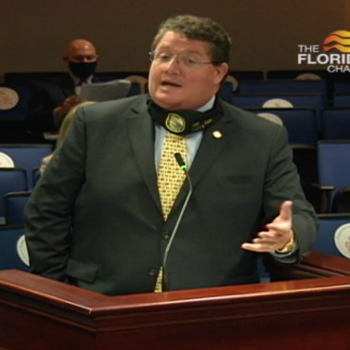 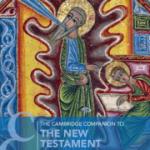 The Cambridge Companion to the New Testament—Coming April 2021 (check out the...
Nijay Gupta
3

Who Is To Blame?
Anne Kennedy
4

Marjorie Taylor Greene Pushes Anti-Witchcraft Law
Andrew Hall
Get Patheos Newsletters
Get the latest from Patheos by signing up for our newsletters. Try our 3 most popular, or select from our huge collection of unique and thought-provoking newsletters.
From time to time you will also receive Special Offers from our partners that help us make this content free for you. You can opt out of these offers at any time.
see our full list of newsletters
Editor's picks See all columnists