The so-called "Mormon moment" sparked by Mitt Romney's unsuccessful run for the U.S. presidency marks an important moment of transition for the Latter-day Saints. In Mormon history, it will likely rank with the Church's final renunciation of polygamy and theocracy in the 1907 Smoot Hearings as a seminal moment in the movement's evolving identity.

For much of the 19th century Mormonism carved out a niche for itself at the confluence of various streams of radical Protestantism. It was primativist, utopian, theocratic, and willing to redefine the boundaries of the family. All of these were elements that appealed to particular kinds of religious believers, garnering Mormonism its first wave of converts. By the end of the 19th century, however, this model of Mormonism had run its course. Faced with unsustainably high levels of antagonism in the wider American culture, Mormonism evolved into a religion centered on the sanctification of the nuclear, middle-class family and the preservation of "good Christian values" in an increasingly permissive world. In doing this, Mormonism positioned itself within the American mainstream, riding the powerful current of that stream in the mid-20th century to garner a second, massive wave of converts.

With Mitt Romney, however, this model of Mormonism seems to have run its course. The very 1950s-esque wholesomeness of Romney's family emerged as alienating for many people, especially when coupled with his enormous personal fortune. The very image of Mormonism that had placed it within the mainstream of American society in the mid-20th century now served to highlight its apparent foreignness. What had been wholesome now seemed vaguely sinister and retrograde. At the same time, the very success of Romney in emerging as the standard bearer of the Republican Party showed the success of the post-Smoot project of integration at the very moment when it has begun to fail.

There is every indication that the Mormon hierarchy is very much aware of the shifting place of Mormonism in contemporary culture and is responding aggressively. To be sure, their goal is never going to be complete integration. There is considerable religious value in maintaining a certain level of tension with the broader culture. Mormonism, however, has learned the lessons of its own history well, and it is unlikely that tension will be allowed to rise to anything like the level that existed prior to Reed Smoot. The Church has already overhauled its missionary program. It is aggressively trying to rebrand itself with its "I am a Mormon" campaign. More subtly, its rhetoric on hot button issues such as homosexuality and gay marriage has moderated. It is unlikely that the Church will engage in a wholesale renovation of its doctrine or moral teachings, but it is already trying to re-articulate them for a world in which the ideal Mormon family of the 20th century is no longer seen as a universal social ambition. Taken in their totality, these shifts mark the emergence of a new Mormon identity, one whose final shape will likely not be entirely clear for another generation or so.

If history is any guide, this new identity will do two things. First, it will re-imagine Mormonism's relationship both to its own past and doctrine and to its wider cultural context. Second, it will position the Church to garner a third wave of conversions. Indeed, in a missionary religion, I suspect that successfully growing the Church will serve as the primary marker of a successful new identity. When that identity emerges, Mitt Romney's Mormon moment will be looked back on as one of the watersheds of its creation. 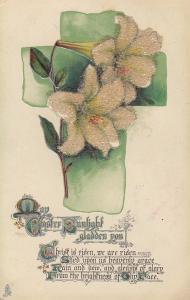 Easter Day The Peripatetic Preacher (Easter Sunday April 4, 2021 Mark 16:1-8)
John C Holbert
Get Patheos Newsletters
Get the latest from Patheos by signing up for our newsletters. Try our 3 most popular, or select from our huge collection of unique and thought-provoking newsletters.
From time to time you will also receive Special Offers from our partners that help us make this content free for you. You can opt out of these offers at any time.
see our full list of newsletters
Editor's picks See all columnists